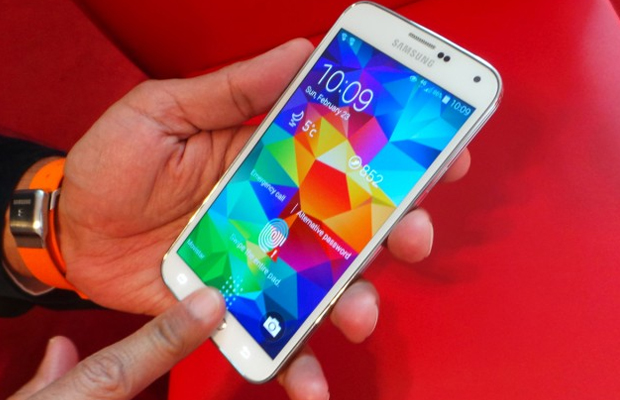 Samsung’s followed in the footsteps of Apple and HTC, adding its own fingerprint scanner to the device, which requires users to swipe eight times on the home button scanner to register it. Seems like an extensive process, but it’s to ensure the security value of the phone. The GS5 also allows for up to three different fingerprints to be registered at a time. So what makes this any different than the other scanners? The GS5 version can be used with PayPal for authorized product payments within the browser. Easier access now to purchase extra accessories. Some home key features will be integrated into the scanner, too. 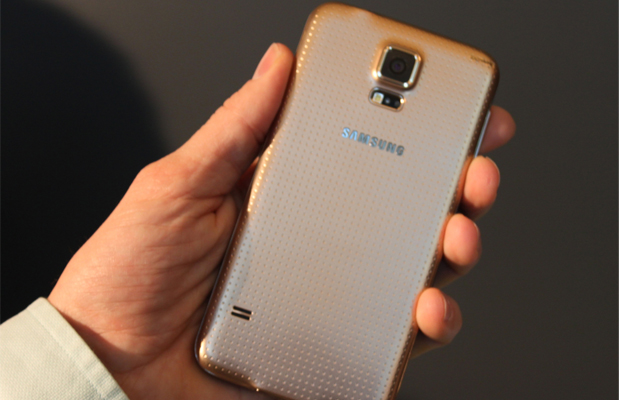 Did you really anticipate a redesign here? Oh course you did. Samsung refused to give its Galaxy line a facelift, but did make some enhancements in terms of the the exterior. Instead of its standard cheap plastic shell, we’re blessed with dimpled-inspired, soft-touch case that adds some style to the handset. And like the Sony Xperia Z2, the device comes IP67 dust and water resistant up to 30 minutes at a time in aqua. That doesn’t necessarily make it waterproof, something the company noted during its keynote. In terms of size, it sits between the Galaxy S4 and Note 3. Oh yea, it’s also being offered in four colors: Black, White, Blue, and Gold.