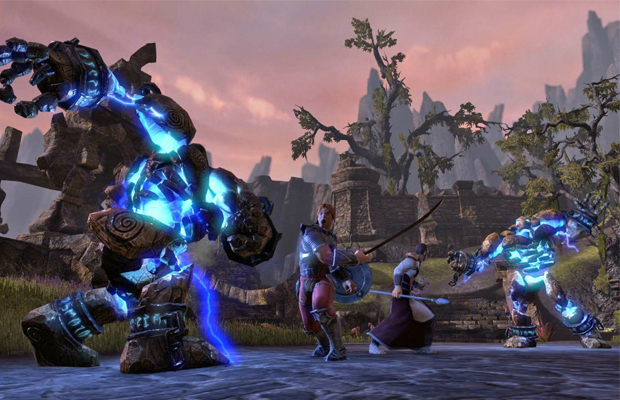 Beta season seems to be in full effect with highly anticipated titles like EverQuest Next and Titanfall opening their servers and extending invites to players across the globe. Zenimax wants to get gamers in on the action and confirmed The Elder Scrolls Online will be going into beta “very soon.” The announcement was made via Twitter, and granted there was no word of an actual date, the official ESO account advises those interested to “keep an eye on our social channels and official website!” 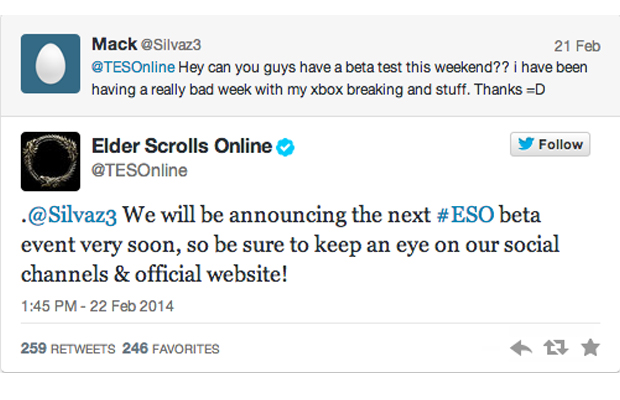 With the game launching on April 4th, chances have it the beta will only be available for PC and possibly Mac. PS4 and Xbox One owners need to hold out a little longer, as their respective next-gen versions aren’t scheduled to release till June.

Seeing how betas are becoming the hottest thing in gaming at the moment, Zenimax is looking to capitalize on the movement and seems confident in releasing a build for Elder Scrolls Online ahead of time, which is always a good sign that the game is near completion. Stay up on the beta’s latest developments on the official game website.