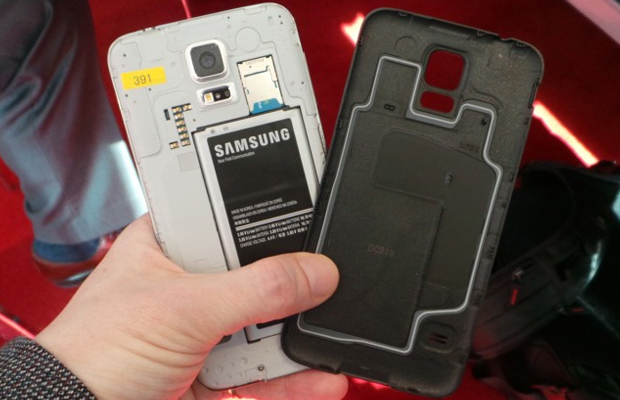 Aside from the operating system, the most vital component to any smartphone is the processor. Samsung didn’t spare any expense and will equip the GS5 with a much faster 2.5Ghz quad-core processor. Sadly, that’s all the information given, as whether it will be the new Exynos or Qualcomm CPU remains unknown.
we favor the latter if anything. Other major internals include 2GB of RAM and a 2,800mAh battery that will boost vitality up to 20 percent as well, alongside a new low-power conservation mode called Ultra Power Saving set to automatically manage power consumption on the device when low on energy.

For starters, the GS5 will launch with Android 4.4.2 Kitkat on top of its new TouchWiz interface. Samsung’s gone on to improve the overlook with a more cleaner and uncluttered look, making it much easier to navigate through the interface. It’s certainly vibrant and plays in favor of the gorgeous 5.1-inch (1080p) Super AMOLED display. S-branded apps remain intact, alongside some of the Note 3’s bells and whistles like the My Magazine feature. The most notable changes come from the main display and the settings menu, where the tabbed interface has been exchanged for a vertical screen with round, flat icons that are more visually appealing.

The coolest upgrade though comes from the newly integrated heart rate sensor, which will work with the Galaxy Fit band and Samsung’s proprietary revamped S Health app to inform users of their beats-per-minute (BPM) rates. The band will coach and provide feedback for users. The sensor will be located underneath the GS5’s camera and reads your fingertip to grab your pulse within five to ten seconds. And with Samsung offering an SDK (software developer kit), we can expect developers to go crazy building apps that work together with the Galaxy S5 and Galaxy Fit.