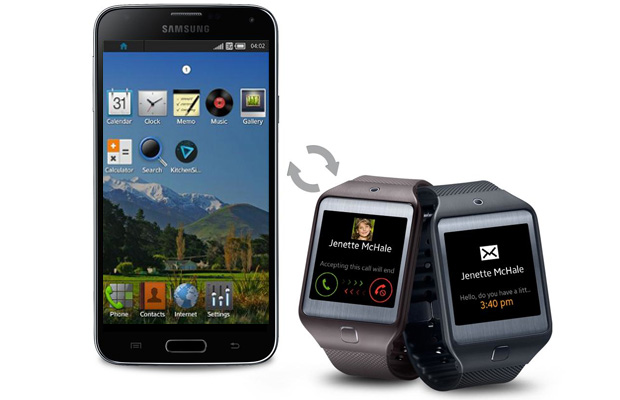 Reports of Samsung jumping off the Android boat and setting sail on its own mobile OS platform, Tizen, surfaced months ago—leaving many to question where the Galaxy line was headed in 2014. Looks like there’s half-truth to the story, as the world’s largest cellular manufacturer confirmed plans to release another Android smartwatch as well as a “high-end” Tizen smartphone later this year. The new wearable will supposedly run Android Wear and hit the market around the same time as the handset.

Most of you remember Samsung’s first smartwatch, the Galaxy Gear, running on a stripped version of Android. You also remember the device receiving terrible reviews, which lead the company to switch over to its own Tizen software for the Gear 2 and Gear Neo. The new Gear smartwatch is said to work together with the Gear Fit, making Samsung a supporter of three different operating systems for its wearable lineup.

Original plans were to put out a Tizen smartphone last year, but the company switched gears due to “poor market conditions.” Seeing how the new Galaxy S5 is expected to outsell the S4, the budget is open for Samsung to change their strategy and focus on “a few countries” where it has a huge mobile presence. Samsung says to expect the Tizen smartphone by the end of June, with the Android Wear smartwatch coming “later this year.”