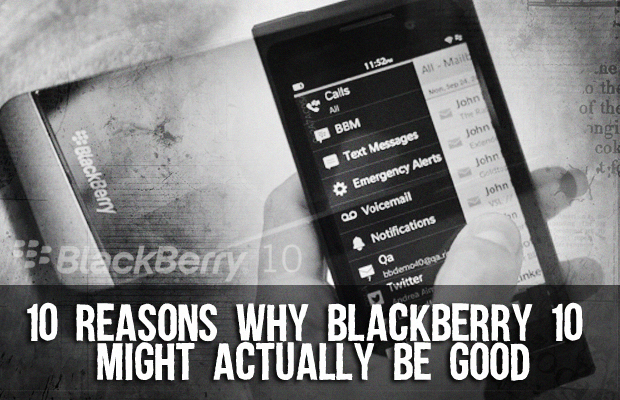 For most of the millennium, Research in Motion dominated the mobile market with its QWERTY-equipped handsets. Business buffs, celebrities, and even teenagers developed an infatuation with the premium devices for its affluent build, instant-email access, and addictive BlackBerry Messenger service. Fast-forward to the present and the BlackBerry brand has become a mere shell of itself. RIM’s failure to adapt modern technologies and get with the times has come back to haunt the company, as it struggles to regain the massive market share it’s lost to Apple and Google over the past few years.

In desperation mode, the Canadian telecommunications giant looks to salvage its finances (and reputation) and bring BlackBerry back to its glory days with the launch of its new and repeatedly delayed BlackBerry 10 devices. Focusing its strengths on refining the user experience, the BB 10 operating system introduces a number of productive-heavy features, housed in a novel design catered to drawing the interest of today’s mobilephiles. And from the recent hands-in impressions from industry vets, the OS looks promising. So if you’re still not sold on the recent swarm of non-BlackBerry phones and have some faith in the imprint, then pay attention to the 10 Reasons Why BlackBerry 10 Might Actually Be Good.