Did A Photo of the Samsung Galaxy S4 Just Leak? 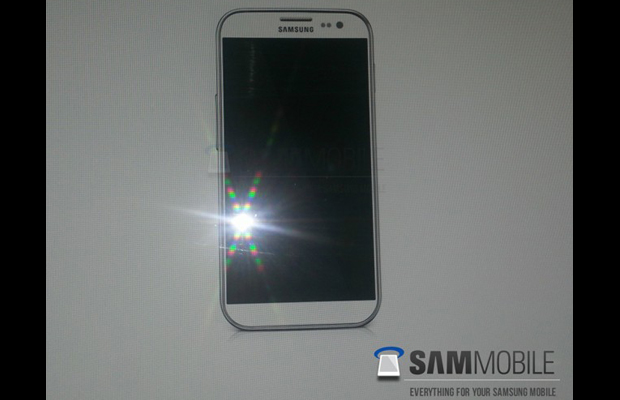 Talks of Samsung unveiling the Galaxy S4 at next week’s CES 2013 show were quickly debunked. And though all signs lead to the next-gen smartphone making its grand debut at Mobile World Congress 2013, we just might be looking at an actual shoot of the next Galaxy member up above. SamMobile just posted what believes to be a leaked press image of the smartphone, though the site says it “can’t 100% confirm” this is the Galaxy S4. Not to mention the photo looks like a GS III/Premier rendering.

With Samsung ready to prep a major announcement heading into CES 2013, it’s unknown what the mobile giant will unveil during its keynote speech, though many speculate a 7-inch Galaxy Note is in the cards. Guess we’ll see in a few days.

In the meantime, some of the rumored specs floating around for the device are a quad-core Exynos 5450 processor clocked at 2.0GHz, Mali-T658 GPU, 2GB RAM, 5″ full HD Super AMOLED display (1080p), 13MP rear camera, and the latest Android OS. We predict a Q2/Q3 release for the Galaxy S4.