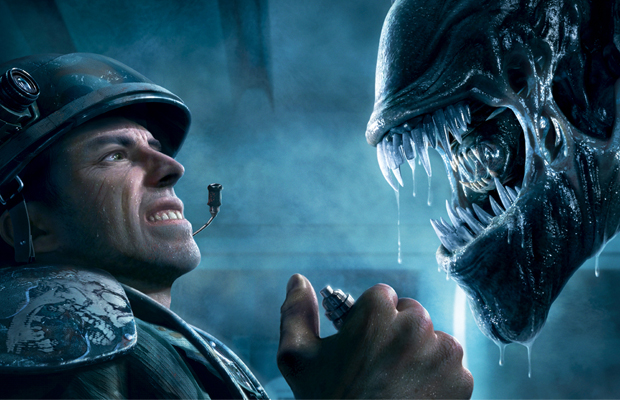 For those unfamiliar with the Aliens video game franchise, Colonial Marines is the third title that Sega’s produced throughout the past several years. The series has always carried a strong fan base thanks to its amazing film franchise (kudos to Ridley Scott and James Cameron). But its video game counterparts could never live up to its cinematic masterpieces. And when taking into account a game, one that’s taken nearly seven years to be completed with different developers onboard and all, it’s become a near-impossible task for Gearbox Software to create the perennial game that would satisfy the diehard Aliens crowd. Not phased by the pressure, the company’s worked on bringing its own flare to the franchise. But will their love for the series transcend into the amazing gaming mid-quel that players have anticipated over the past decade?

Now I know most of you have seen the low scores the game has received. Some have actually compared it to Duke Nukem Forever in terms of awfulness ala horrible reviews from every credible media platform. So is the game as terrible as experts make it out to be? Well, take a look at our Aliens Colonial Marines review and judge for yourself.