The 15 Biggest Douchebag Rappers on Twitter According to Klouchebag 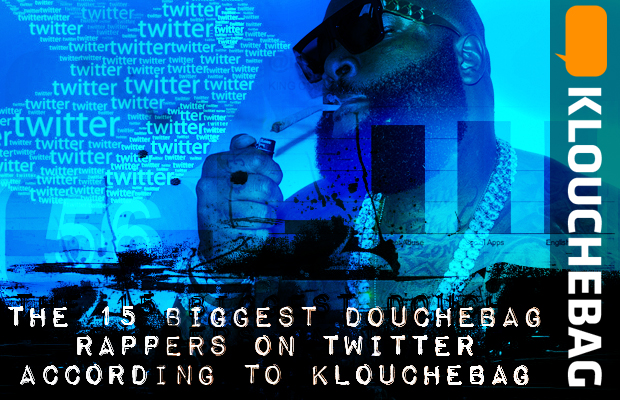 We follow them on Twitter for one reason or the other. We’re either fans or just want to keep tabs on their latest mishaps that seem to make for the best punchlines throughout your day. Rappers sometime shed too much light into who they really are, portraying themselves as someone we might not actually like in person rather than the cool person they think they are.

Enter Klouchebag–a site designed to parody the patronizing Klout.com, which measures one’s “influence” on social networks. Things like this exist. Now to put things in perspective, Kanye West has a Klouchebag rating of 12. Yes that’s right, Mr. West may be a real-life douchebag, but when it comes to Twitter and his inactiveness the past several months, he is way less intrusive than one might think. We look at the biggest douchebag rappers wreaking havoc on your Twitter feed. Lets have some fun, shall we?