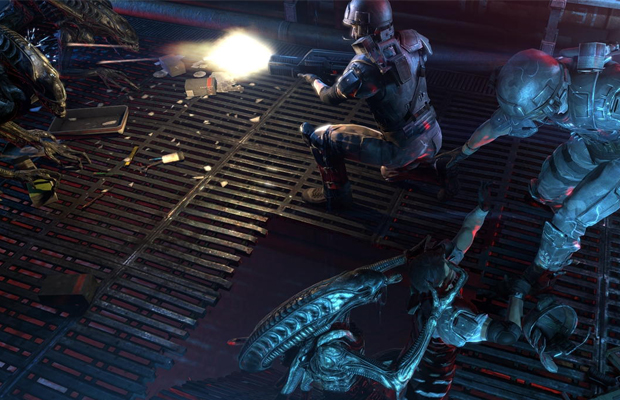 Truth be told, multiplayer might be the best part of this game, which says a lot considering it’s not such a strong suit. Aside from being playable through the campaign mode in four-player co-op, you have four adversarial online modes to choose from:

Team Deathmatch — this gives you five minutes of chaos with kills translating to points for either marines or aliens, with the top number coming out as winner.

Escape — Marines are forced to escape a location by unlocking areas as Xenomorphs swarm them.

Extermination —Destroy underground egg clusters with above ground explosive devices when soldiers occupy an area for a set amount of time. At this point, aliens will try to prevent their offspring from getting destroyed. The team with the most clusters destroyed wins.

Survival — Marine teams must survive as long as possible against a constant attack from Xenomorphs. Teammates can revive a critically injured soldier, but don’t die early or you become an omniscient bystander during the round. This is by far the best mode. 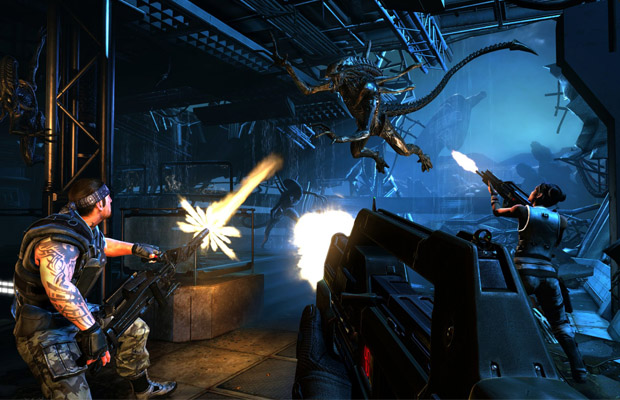 The flexibility in terms of upgradeable weaponry was also a positive, as gamers have the ability to upgrade armory such as assault rifles, battle riffles, SMG’s, shotguns, and pistols. Plus each can be fitted with add-ons such as sights, extended magazines, grenade launches, lasers, and different fire modes upon acquiring enough XP. This becomes essential to the campaign mode as the further your progress, the more challenging the game becomes with more powerful Xenomorphs joining the soiree. If there’s one weapon to fall for, it’s the self-loading, semi-automatic shotgun, which allows you to maintain structural actions after firing multiple shots in a quick succession. The deeper you get in the game, the more intense firefights will become with leveling up becoming a must. So be precautious of how you upgrade weapons as this is critical to your survival.