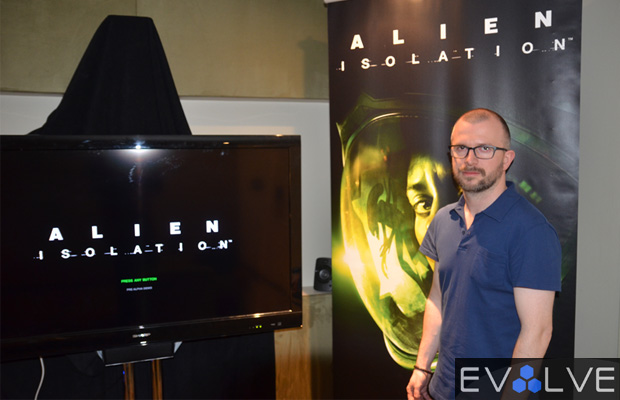 When it comes to video games, the Alien franchise has suffered more highs than lows. Those who’ve played the previous Sega titles including Colonial Marines know exactly where we’re coming from. Yet through the critical bashing, the publisher remains confident in the sci-fi-horror property. Hence why it brought in Creative Assembly, creators of the Total War series, to tackle developer duties on the latest entry: Alien Isolation. The first-person survival horror stealth game looks to “take us back to the roots of the franchise,” which creative lead Al Hope so eloquently puts it.

Much has been shared on the title from the storyline to its frightening gameplay mechanics. However, we questioned Hope about several other topics that came to mind during our hands-on preview: including the PS4 DualShock’s special functionality, which alien type we’ll encounter, and whether an infamous android by the name of Bishop would make an appearance in the game. See what he tells EvolveTV.