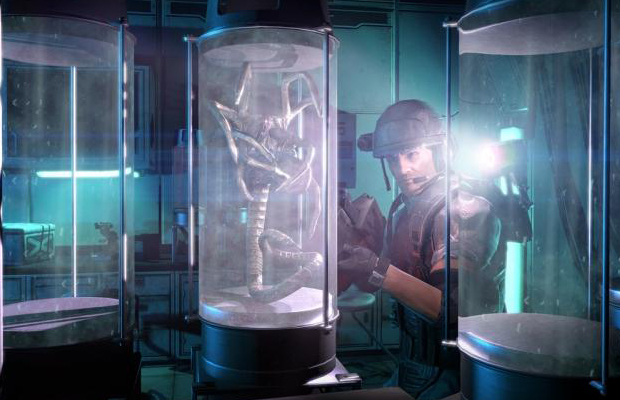 Stacked with classic Aliens weaponry ranging from pulse rifles to flamethrowers, as well as brand-new equipment and skills all within a squad-based combat system, players practically live the life of the US colonial marine best depicted in the Aliens film. And since Gearbox Software and 20th Century Fox are treating Colonial Marines as an official sequel to the sequel of all Sci-Fi follow-ups, it’s pretty fitting…in some ways. The campaign plot picks up some seventeen weeks after the disastrous events that occurred at LV-426, with a new squad of marines sent in to explore the abandoned Sulaco spaceship and the remains of Hadley’s Hope. Needless to say, the developers did a swell job of reenacting the environments of the original film, though compromises have been made, which you’ll see towards the conclusion of the review. 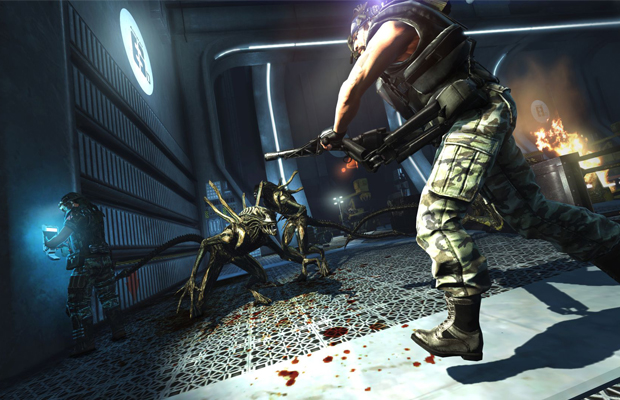 Colonial Marines has one of the worst set of glitches I’ve ever experienced in a while. Example: There’s one part of the game where everyone is firing the gun in Rambo-style, however, the defeated aliens disappear and are replaced with weird body parts that either float in mid-air or fly away at ridiculous speeds. They slide, jerk, and even twitch while moving towards walls and ceilings. WTF? Oh, it gets better. Aliens and humans float right past each other or stand next to each other: frozen in action. And just when you think it can’t get any worse, aliens literally jump right through my AI team to attack me. I haven’t see glitches this bad since Skyrim’s initial launch when seeing my player get trapped in mid-air and had to restart the game.