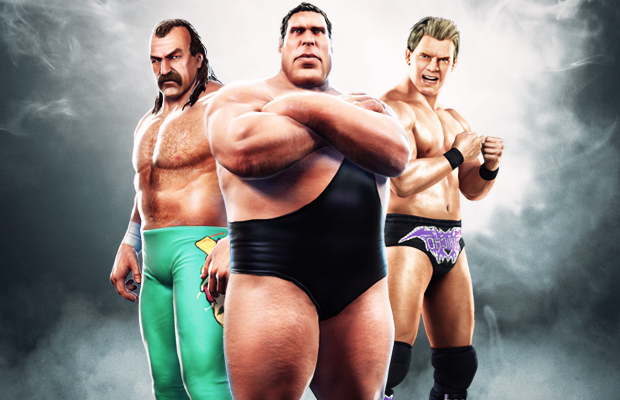 Whether you’re a hardcore fan or a complete wrestling atheist, Vince McMahon’s WWE brand continues to captivate worldwide audiences both in and out of the ring. The professional sports vehicle has branched out into every possible entertainment platform, from Hollywood films to action figurines. But the company’s most successful venture has been its videogame offerings. Since the N64 and PSone era, titles such as No Mercy and Smackdown had every gamer addicted to virtual grappling. And with its previously canned Smackdown vs Raw series, developer THQ has revolutionized the wrestling game genre.

Ditching the co-branded franchise moniker and replacing it with a new title, WWE ’12, THQ has once again delivered a masterpiece that boasts awesome gameplay, stunning visuals, and an insane roster of over 70 wrestlers. Not to mention the addition of DLC characters. But with new Legends Pack bundles being offered online (the latest featuring Macho Man Randy Savage and Mick Foley), it got us thinking about the other greats that have yet to be seen in a next-gen wrestling game or the familiar faces that have made the brand legendary. With that said, we put together a list of high-caliber talent that easily deserve a spot in the next WWE ’12 DLC package. Here’s the 10 DLC Wrestlers We Want Featured In WWE ’12.