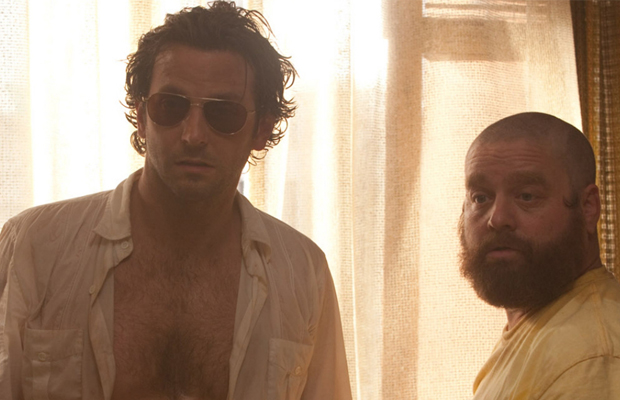 First Vegas, then Bangkok, now the “Wolfpack” is set for a stateside return and are bringing their shenanigans to LA in what looks like the third and finale Hangover film. Director Todd Phillips stated back in May the upcoming sequel would indeed be “a finale and an ending,” and with The Hangover 2 being released on DVD tomorrow, comes news from star Bradley Cooper, who spoke with Moviehole to discuss the third film’s production schedule and based location: “I hope we’re going start shooting in September. I know Todd Phillips is working on the script. We adhered to the formula in the second one, [and] the third would close the trilogy. I think it’ll take place in L.A. and not adhere to the structure, it might be different.” Philips is co-writing the script with Hangover 2 scriber Craig Mazin. Looks like we should expect The Hangover 3 in time for Summer 2013.