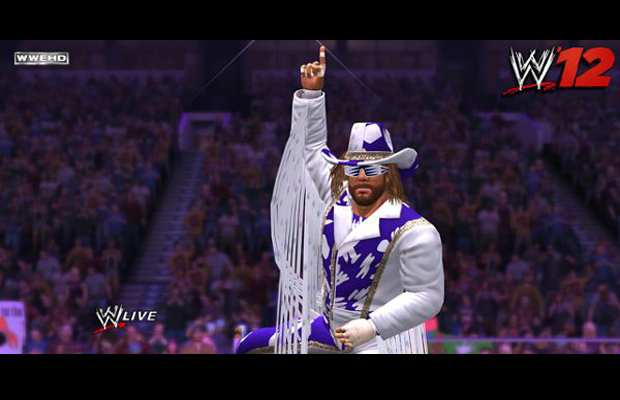 We’re already fantasizing an elbow drop from the top ropes on top of Alberto Del Rio. THQ welcomes former WWE Champion “Macho Man” Randy Savage as the latest addition to the WWE ’12 line-up, making him the second legend to jump onboard as part of the game’s third DLC package. It’s also been announced that Savage will sport his classic Wrestlemania VII outfit, which was made popular during his classic match with the Ultimate Warrior. Check out the wrestling icon’s exclusive trailer. RIP.