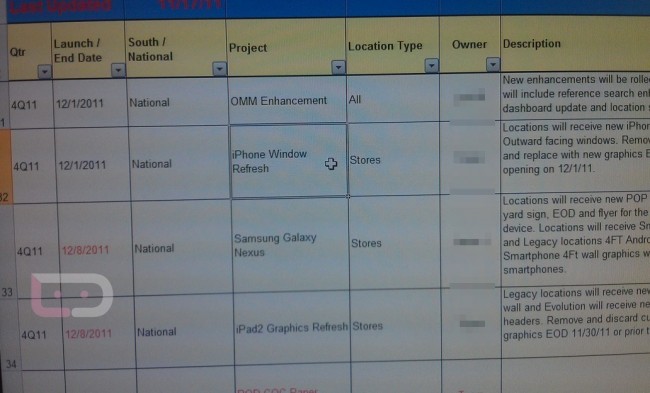 Once again, Droid-Life manages to score some possible insight on the projected Samsung Galaxy Nexus release date. The screenshot of what the site considers “referencing marketing materials” could indicate two things: a launch for a new campaign on the Ice Cream Sandwich smartphone or the actual release date, which is penciled in for December 8. A Tuesday release window? Doesn’t seem likely to us, as most big Android devices usually launch on Friday or Sunday. But we’re coming close, and with a few tech sites already putting up reviews, expect the Galaxy Nexus within the next few weeks. Also read up on the other big rumor floating around…the Galaxy Nexus in white? Click here to read the scoop.