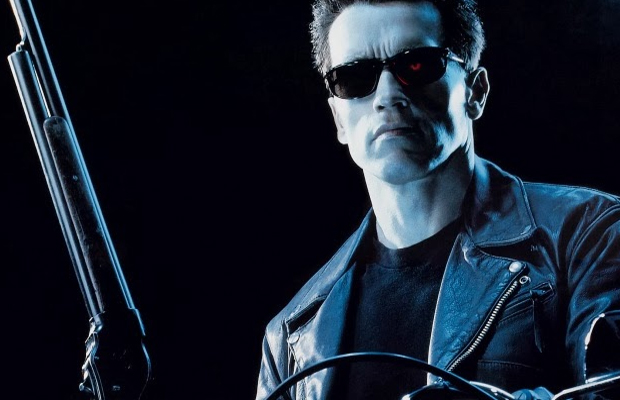 Terminator 2: Judgement Day remains arguably the greatest action sci-fi movie ever created. So when series star Arnold Schwarzenegger speaks on the upcoming Terminator Genesis and compares it to the universally praised sequel, one would only assume someone spiked his protein shake with a heavy dose of booze. But the T-800 himself believes the two films are very similar, which he shared during an interview with Collider.

“The way it reads, it has the same feel of Terminator 2. It’s big. There’s hardcore action and it has some really great visual effects in there, but not over the top. It’s not a Thor type of movie, even though it’s the same director. It has good special effects, but just enough to say, “Wow, where did that come from? How did they do that?”

Schwarzenegger also talks about once again portraying the roles he made famous in the ’80s as Conan and the T-800:

“It’s great because I’ve stayed in physical shape, and they see me in different movies and on social media and with all the stuff that I do. I’m still on the cover of the muscle magazines. So, they say, “We can still have this guy fight with a sword for 10 hours a day, do horseback riding, and all of these things. We can have him star in Conan.” It’s really unusual. That’s never, ever happened, that I’m aware of, in the history of these kinds of things, where you can lead a franchise like that and be the star, at this age. That just shows you that, if you have the attitude of a young person and you work like a young person and you keep your body in shape, and if you believe that you can do it, then you can actually make other people also believe that you can do it.”

Terminator Genesis is scheduled to his theaters sometime next summer with the film going into production this April.