Is Bradley Cooper Being Eyed for “Indiana Jones” Reboot? 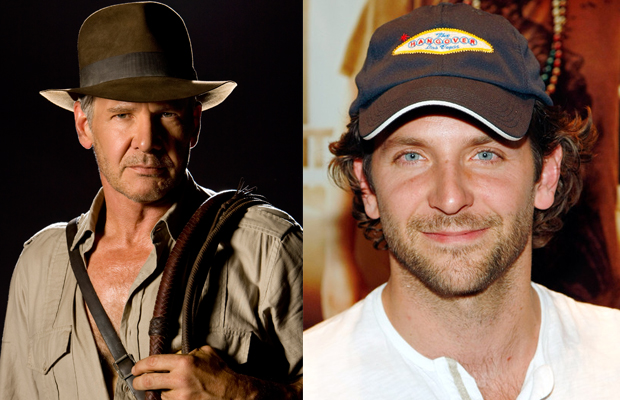 Nowadays, there is only goods news to share when discussing the Indiana Jones franchise. On top of Disney studio head Alan Horn going on record stating the film company hasn’t “done anything” with Indy 5, now comes talk of the company moving forward with a reboot and eyeing actor Bradley Cooper for the lead role.

Latino Review reports that all plans to get Harrison Ford back to reprise his role for another Indy film are falling apart due to the actor’s expected commitments for the upcoming Stars Wars sequel. So in order to keep the film property alive and kicking, Disney is leaning towards a reimagining of the Steve Spielberg classic.

Cooper is said to be on a studio list of possible candidates to take on the iconic role, along with a number of other actors, though no other names were mentioned. There are also talks of Frank Darabont taking a second shot at the franchise, having already pitched an idea to the studio that seems to have caught the attention of execs. Exactly what it is remains unknown at this point.

So what do you think? A new Indiana Jones trilogy with Bradley and Darabont onboard? Ehh, it could be a whole lot worse.