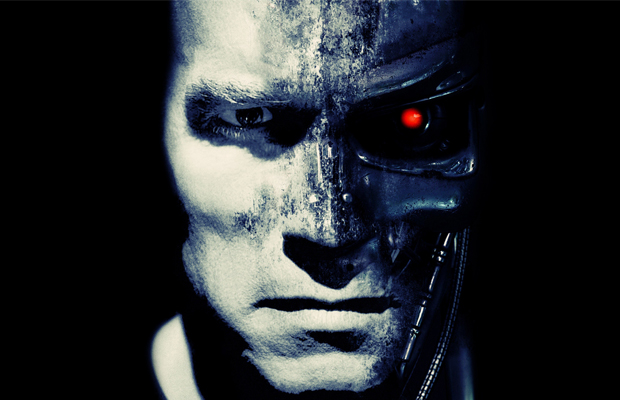 Hate it or love it, Terminator Genesis is being made and coming to theaters next year. Franchise star Arnold Schwarzenegger (for the sake of sounding cliché) is back and ready to play the role that made him an action star icon. While details remain scarce on the fifth movie, Schwarzenegger manaed to share some minor updates on filming and the script during an interview with TheArnoldFans.

“The Terminator. You’re right. We start filming in the middle or in the end of April and it will be a four or four-and-a-half month long shoot. We will be filming it in New Orleans with some of it in San Francisco and maybe a little of it in LA but most of it will be done in New Orleans. I’m really looking forward to that because as you know, the last time when they did the Terminator, it was when I was Governor and so I couldn’t be in that movie but now I’m back again and they are very excited about having me in the film. And David Ellison, who has produced all the big movies lately, has plenty of money to do it well. He’s in partnership with Paramount Pictures who are going to release the movie through their distribution. I’m really looking forward to that and it’s going to come out on July 4th weekend in 2015. The movie preparation is going well. The script is fantastic so I’m really looking forward to this film.”

Some plot details have also surfaced online, which suggest what we can expect to see in Genesis. The most intriguing of the rumors hint at the story revisiting the first two films, The Terminator and Terminator 2: Judgment Day, while also taking place during other key events in the Connor family past. Other reports suggest we’ll be taken back to some of the franchise’s most iconic scenes. The character of Kyle Reese is said to be returning too.

Terminator Genesis should be out by Summer 2015. Do we still care about the franchise?