‘X-Men: Days of Future Past’ Sentinels Unveiled In 1 of 25 Empire Covers 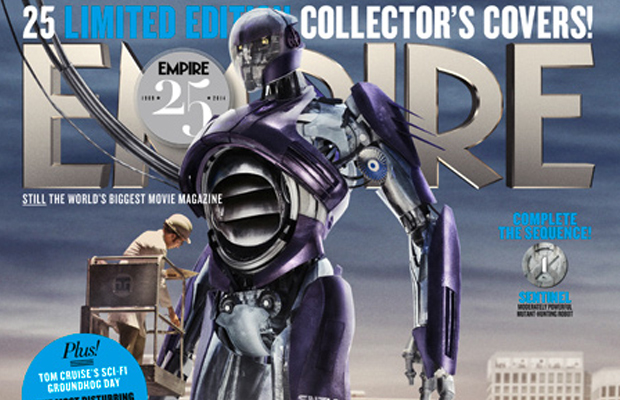 Empire Magazine struck at gold, gaining the exclusivity to produce 25 covers featuring characters from the upcoming X-Men: Days of Future Past. Fans of the film series should find one of the covers to be most intriguing, as No. 1 offers up a full look at the mutant-killing robots known as the Sentinels. Keep in mind this form of Sentinel will be the Mark 1 from 1973. The publication announced it will release a new cover every hour throughout the day. Read the film’s synopsis below and check out the full shot below, as well as some of the Empire covers here: