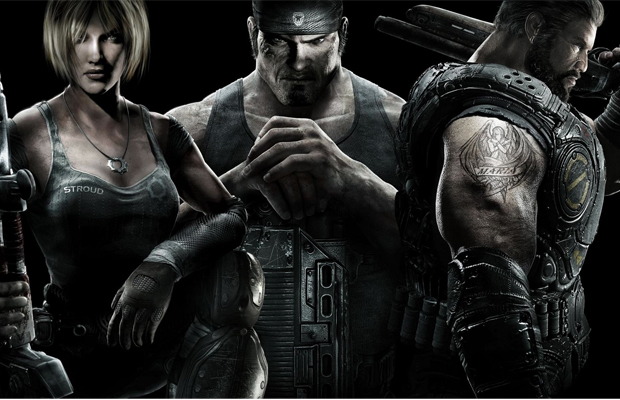 Microsoft Studios has announced it bought the rights to the Gears of War property from Epic Games, which also includes the rights to existing and future games, as well as merchandise. The news should serve as a bright spot for fans, most of whom were not too happy with the lastest installment, Gears of War: Judgment, considering it the near end of the once popular gaming franchise.

Now under a new umbrella: Can Microsoft Studios resurrect the hype and make Gears of War the Xbox platform’s essential IP again? The company has announced it will be working with Black Tusk Studios in Vancouver, taking over development duties of the franchise. Xbox Wire interviewed head of Microsoft Studios, Phil Spencer, along with Black Tusk Studio’s Hanno Lemke and Rod Fergusson about the acquisition, which you read some of below.

Why did Microsoft purchase the “Gears of War” franchise?

Phil Spencer: It all comes back to our commitment to Xbox fans. The “Gears of War” franchise has a very strong, passionate and valued fan base on Xbox. Over twenty-two million units have been sold across all “Gears of War” titles worldwide, grossing over $1B dollars (US). This franchise, and these fans, are part of the soul of Xbox. By acquiring this franchise, Microsoft Studios will continue to offer them more of their favorite games and entertainment experiences from the “Gears of War” universe.

Why did Epic Games agree to this acquisition?
Hanno Lemke: Epic has been a tremendous partner to work with, and it has been a privilege for Microsoft to be Epic’s publishing partner and work together to achieve the phenomenal success of the “Gears of War” games. Epic remains great partners and good friends of Microsoft Studios. In fact we will collaborate closely with Epic to ensure the inclusion of the Unreal Engine technology into the “Gears of War” franchise going forward remains consistent with the high quality fans have come to expect from the franchise.

Are there plans to bring anyone who worked on previous “Gears of War” games onboard to work on the future of the series?
Hanno Lemke: The news that Rod Fergusson is joining Black Tusk should be really exciting for fans of the franchise. Rod has played a leadership role at Epic on all of the “Gears of Wars” games, he understands the franchise deeply but equally importantly he understands the fans of the franchise – what they love, where they want to see the franchise evolve. Once the news spreads about the opportunities at Black Tusk, I’m confident we’ll see interest from a number of talented developers who share the same passion for the “Gears” franchise as the developers at Black Tusk.

When can we expect to hear more about the plans for the “Gears of War” franchise?
Hanno Lemke: We hope to be able to share more news about “Gears of War” later this year.
You’re moving back to Canada and back to working on the “Gears” franchise. Is it like a homecoming for you?
Rod Fergusson: I’m extremely excited to be joining Black Tusk Studios to oversee development on the “Gears of War” franchise. I’ve been privileged to work on a lot of great games with a lot of great teams, but “Gears” has had the most impact on me professionally and personally, so this really feels like a homecoming. I can’t wait to share more with you all soon.

Finally, Epic games shared the following statement on the acquisition:
“Epic Games has reached an agreement to sell the ‘Gears of War’ intellectual property rights to Microsoft. We’re very proud of the franchise we built in close partnership with Microsoft over the past decade and are happy that this agreement enables Microsoft to forge ahead with the ‘Gears’ universe on their industry-leading platforms as Epic concentrates its efforts on new projects,” said Epic founder and CEO Tim Sweeney. “Epic remains totally dedicated to supporting Xbox One and is licensing the Unreal Engine 4 technology to Microsoft in support of their future projects.”