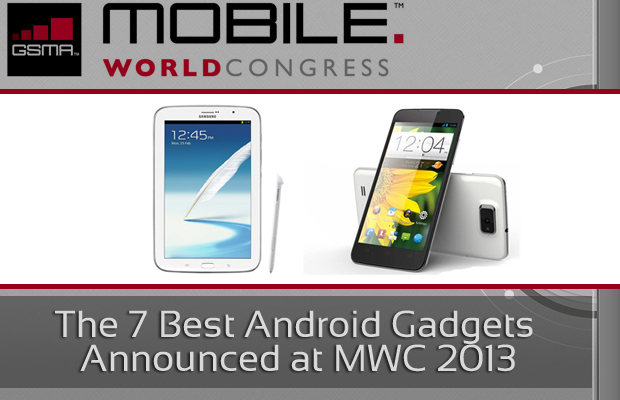 After all the buzz calmed down from CES 2013 and seeing that most of the highly anticipated devices didn’t get announced there, the rumor mill began running rampant again and everyone’s targeted their attention to Mobile World Congress 2013 as the next reveal of sorts. As of late, some companies have decided to announce their devices early such as the HTC One, which was revealed last week in NYC. On top of that, electronics staple LG stated they would show off their Optimus G Pro at the exo, plus we’ve witnessed Android powerhouses like Samsung advertising it was “Ready 4 a Show” come showtime. Those who can read between the lines could take in its bittersweet, yet misleading announcement.

Sarcasm aside, that doesn’t mean there weren’t some very intriguing products shown off at the yearly event, though of course, Android proved to be the leader of the batch. So with that said, let us show you the future of Google’s mobile platform by introducing the 7 Best Android Gadgets Announced at MWC 2013.