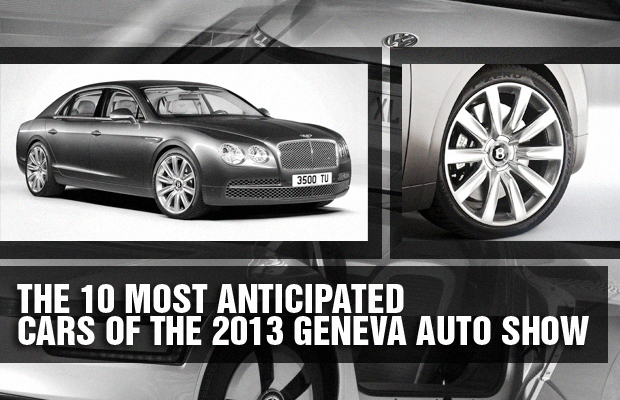 With the North American International Auto Show (aka Detroit Auto Show) kicking 2013 off on a high note, now it’s time to hit up the international auto expo circuit. Next stamp on the passport: Switzerland for the 2013 Geneva Motor Show. Home to the biggest concept and foreign unveilings every year, the overseas trade show looks to have some major four-wheel stunners ready to be undraped. Heavy hitters like Lamborghini, Rolls-Royce, and Ferrari are ready for the spotlight, while under-the-radar appearances from Alfa Romeo and Bentley look to steal the show. And they all got some serious horsepower to flex on the showroom floor. Ride shotgun as you dip in the fast lane and check out the 10 Most Anticipated Cars of the 2013 Geneva Motor Show.