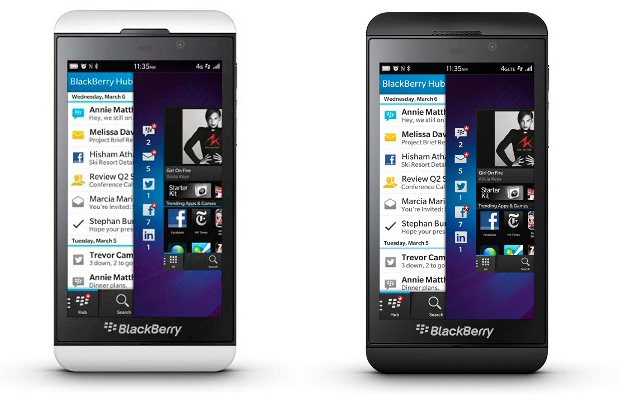 Wait a second….BlackBerry still exists? It hasn’t filed for bankruptcy? They have a new lineup of phones coming out? This is all we’ve heard literally before (and during) the company’s NYC launch event held last week. Since teasing and working hard on its new operating system, the company’s took a hard hit on the mobile market, seeing its once massive following deteriorate and jump on the Android or iOS bandwagon. Now with the announcement of RIM (Research in Motion) merging and becoming one company, that being BlackBerry, it’s ready to take back its market share with a whole new look and OS leading the forefront.

So after numerous delays and several years of planning, does the latest BB10 headset, the Z10 live up to the hype? And most importantly, can it stand up against Apple and Google’s smartphones? Read up on our BlackBerry Z10 review and find out.

You guys wanted BlackBerry to give its OS a makeover and they finally listened—scrapping BB OS 7 and building a new platform from the ground up. At the BlackBerry Enterprise Forum for BlackBerry 10, the company introduced the workspace feature found on the Blackberry 10 platform for iOS and Android. The new enterprise service will allow IT admins to push a secure work environment for iOS and Android, further extending the flexibility of all BlackBerry 10 devices. In other words, it’ll allow tech admins to send secure emails to their employees on the other platforms, but also share calendars and notes.

BB 10 sees the implementation of a whole new user interface, doing away with the familiar BlackBerry system we’re all used to in favor of something that resembles the likes of Android and iOS, but with its own unique features. You gotta give them credit for trying something new, as it finally looks like they could actually compete with the competition. 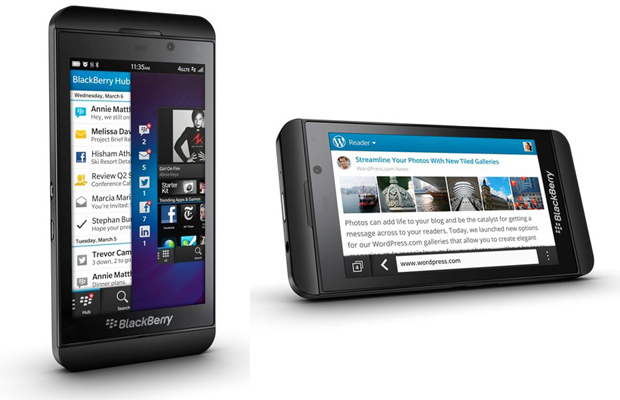 The body of the Z10 is made of a solid black (or white) plastic. It’s not too bulky (as is the Nokia Lumia 920), but it doesn’t feel too light or “cheap” either, bearing a gently rounded rear that feels good to hold. The back cover, which peels off to expose the phone’s SIM card tray, microSD card slot, and removable 1800 mAh battery, is made of a lightly textured rubberized black finish that provides a nice grip. The 4.2-inch screen has a bright and crisp look to it. It’s great maneuvering through the phone with one hand, as it makes searching for emails, notifications, and locating BBMs much easier than using the obsolete trackball.

The gestures, which are walked through in a quick tutorial upon first booting the device, are straightforward. Swiping up, from the bottom edge of the display, takes you back to the task switcher. It also unlocks the phone. Swiping down, from the top of the display, pulls out a contextual menu, the contents of which depend on what view you’re in. At the home screen, you have Bluetooth, WiFi, screen rotation, and notifications, as well as shortcuts for the settings and the alarm. Above it, there’s a status bar with battery, clock, WiFi, and network signal strength.

The Hub is where you stay in content with basically everything. Learn to love this feature; it puts everything one needs in one exact place. Emails, social media updates, BBMs…everything. In short, it’s multitasking at its finest.

Accuracy is key with BlackBerry’s new virtual keyboard. The most common approach to predictive typing—giving a list of suggestions that float above the software keyboard, as in Android Jelly Bean’s keyboards—also leaves something to be desired, since it requires you to interrupt your normal typing flow to check out the words, pick one, and move your thumb up from its normal position to tap it. 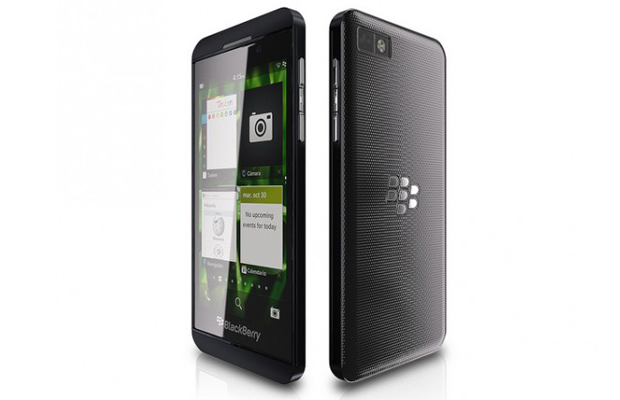 Lack of Apps and Battery Life

Just like Windows Phone, the company’s promise of a new device started off great, then falls short upon venturing into its diminutive app market. I will say the phone has more apps than expected, but still misses quite a few that most mobilephiles seek in a smartphone. For example: Google+, Instagram, and Spotify, just to name a few. Now I know these may not seem like deal breakers for the hardcore BB user, but today’s consumers are starting to draw more towards devices that carry the most used and infectious mobile programs out. Personally, I’d like to be able to have everything on one phone instead of switching between the Z10 and my Galaxy S III. Hopefully BlackBerry World will receive more key apps before launching in the US comes March.

BlackBerry still predicts up to 11 hours of 3G talk time or up to 408 hours of 3G standby on a full charge. Not during my experience. At first, the battery life lasted up to 8 hours on moderate use, which was just web searches and texting, but each day was a different scenario as the battery life depleted quicker. I need a phone that can last past 6 hours.

I’m truly impressed with the way the company has revamped its mobile platform, even though it clearly was built off of previous BlackBerry operating systems. But BlackBerry 10 is both fresh and innovative in its own right. There are some unique features here, like Bedtime Mode and BlackBerry Balance, but I would have loved to see the company get even more creative, let’s say with a multicolored LED light that shone a different color depending on the type of awaiting message. It’s the little things that count.

The big question is: Will this bring people back to BlackBerry? I’m sure fans will love BlackBerry 10 for its bigger-picture interface, awesome keyboard, and corporate enterprise facets. The only thing that will hold them back is the app selection. If the company could score several more mainstream apps, a comeback is definitely in order. But for now, we’ll just say the Z10 is an impressive start to the rebuilding of the brand.

Sony Xperia Z5 Might Hit The Market In September