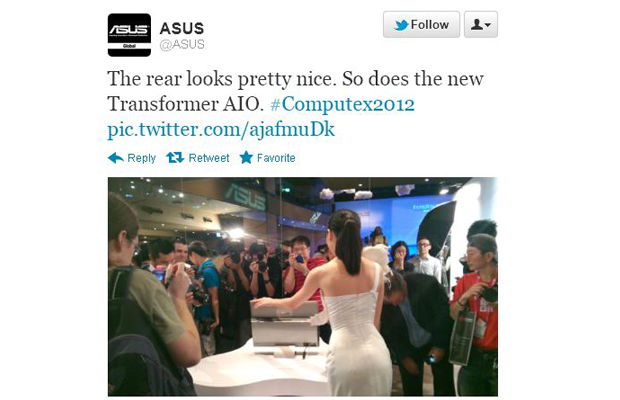 Date: June 4
Social media platform: Twitter
ASUS made an ass of themselves when they tweeted…well, a photo of a woman’s rear end. Twitter followers immediately went to war with the tech company by labeling them sexists and some even announced their refusal to buy the company’s product. An apology was tweeted and the Taiwanese PC maker has been on its best behavior since. 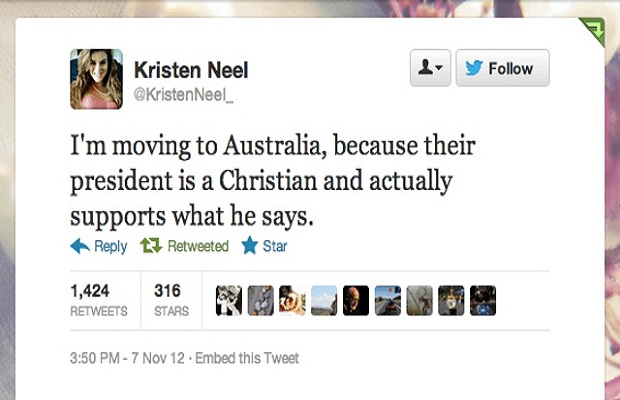 Date: November 7
Social media platform: Twitter
Twitter’s brightest 18-year-old, Kristen Neel, chose to express her grief over President Obama’s second-term win by tweeting the statement above, which was retweeted over 1,500 times and solidified her stupidity on numerous levels. How so? For one, Australia has a prime minster: not a president. Second, the prime minister is an atheist. And lastly, we’re talking about a woman. Didn’t take long before Neel deleted her profile in shame. 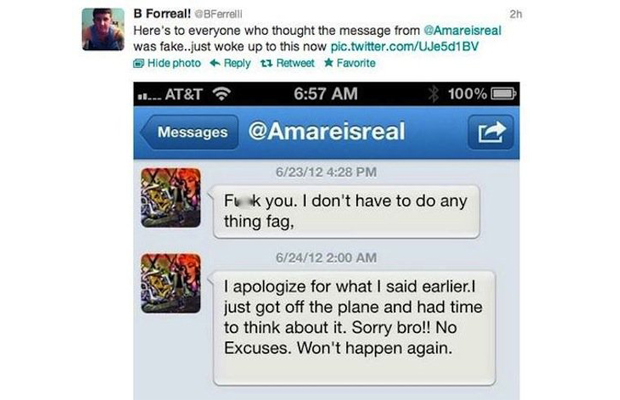 Date: June 23
Social media platform: Twitter
First he lost a fight to a fire extinguisher. Then the NY Knicks forward caught feelings over a Twitter troll demanding he step his game up after having an unforgettable season. Superfan Brian Ferrelli got under Stoudemire’s skin, encouraging the b-baller the respond with the most unflattering anti-gay remark. Did we mention he also tweeted this during Gay Pride Weekend? Class act! 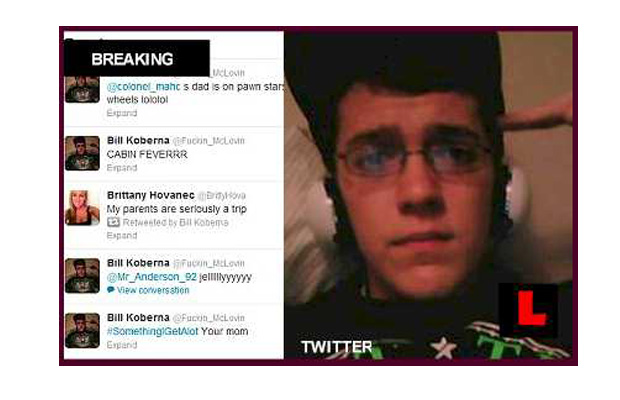 22. Kent State Sophomore Tweets He Wants To “Shoot Up” School

Date: July 29
Social media platform: Twitter
One week after the Aurora shooting in Colorado, 19-year-old William Koberna picked the poorest choice of words when he went on a Twitter rant threatening to “shoot up” his college. The teen was arrested at his parent’s home in Brunswick, OH, where he was charged with a felony for inducing panic. Friend Ashley Mikulec responded to the arrest saying, “If they saw half of his tweets and took them seriously he’d be in a mental asylum.” You don’t say… 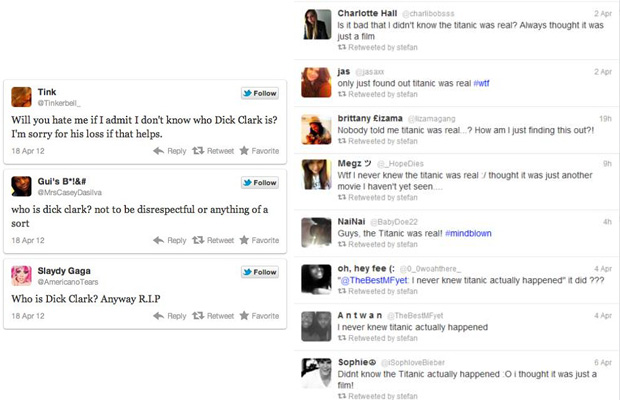 Date: April 2 & 12
Social media platform: Twitter
On the 100-year anniversary of the Titantic’s first (and final) voyage, several Twitterers stunned the blogosphere by tweeting they had no clue the ship was actually real. Let alone the tragedy, too. A week later, a similar episode occurred, except this time the same crowd failed to acknowledge cultural icon and former New Year’s emcee: Dick Clark. Just think in 50 years they’ll be saying the same thing about the World Trade Center and Ryan Seacrest. #HideYourShame