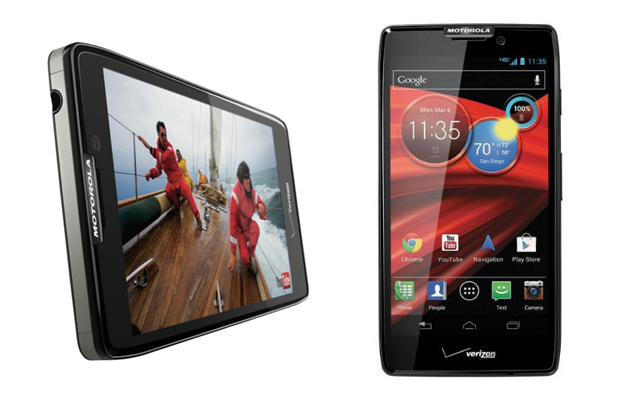 The holiday buyers’ season is in full effect, which means every major mobile manufacturer is prepping to launch their biggest smartphones heading into Christmas. Microsoft is celebrating the launch of Windows 8 and ready to unleash its mobile platform alongside HTC and Nokia within the coming weeks. And even though Apple has been burned by its recent iOS troubles, the iPhone 5 is still pushing strong sales. But all eyes remain on the Android scene as everyone anticipates the release of the latest Google-operated handsets.

Stepping up to the plate first is Motorola with the newest addition to the Droid family: the Droid RAZR Maxx HD. Carrying over the indestructible design, fast performance, and insane battery life of its forebear—one can’t deny the remarkable hardware feats the RAZR franchise has managed to sustain. Question is: Can more of the same be a good thing or will Verizon subscribers be persuaded to look elsewhere? Guess that depends on your preference…and budget.

If long-lasting power is your M.O., then consider the RAZR Maxx HD a saving grace. We thought the original RAZR Maxx was a beast on the vitality end, but its successor puts the previous model and every other smartphone to shame—maintaining a charge for nearly a day and half on just moderate use. Heavy multimedia sessions and GPS navigation will suck the phone dry, but with a 3,300mAh battery strapped under the hood you can expect the same running time as the regular Droid RAZR HD. We’re talking a solid 8-10 hours.

Between the phone sporting a more efficient dual-core processor and several wireless capabilities (LTE, NFC, Wi-Fi), we highly recommend becoming familiar with Moto’s energy saving Smart Actions app. The software allows you to customize settings and conserve power while the phone is inactive. 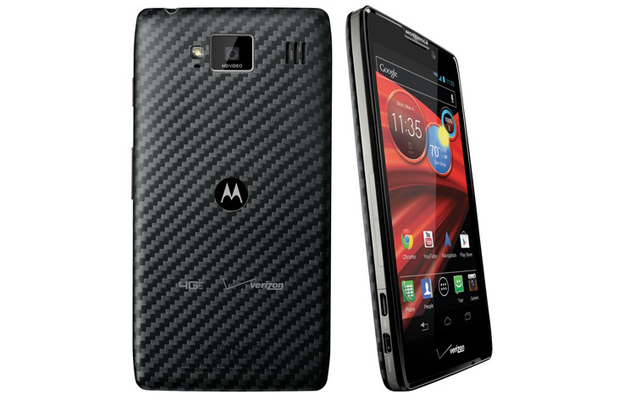 Motorola was chastised for plastering a Pentile qHD display on the front of the original RAZR Maxx, which we always felt was blown way out of proportion. This led the company to focus more on screen quality, hence the inclusion of a 4.7-inch HD Super AMOLED panel (1280×720) on its new RAZR HD devices. Not only does the screen offer a higher pixel density than the iPhone 5 and Samsung Galaxy S III at 331 ppi, it boasts some of the best viewing angles featured on any Android handset. Videos look great, text is clearly visible, and the clarity and detailing shown on certain 3D games is impressive.

The RAZR Maxx HD has the luxury of housing 32GB (only 25 gigs is useable), plus there’s a microSD card slot for memory expansion. So you have the option of adding another 32GB or even 64GB via memory card. No need to invest in an iPod Touch. 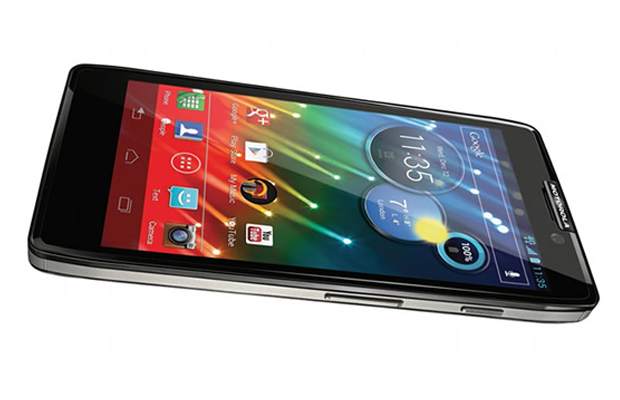 At this point in the game, we’ve already given up on using Moto’s smartphones as a photography tool. We can’t tell if its issues with the manufacturer’s UI skin or the hardware. All we know is its shooters continue to struggle with the auto focus, shutter speeds hiccup occasionally, and image quality is poor. The dark, hazy, and washed up presentation from our test shots speak for itself. Moto continues to launch its premier handsets around the $300 price range, which is pretty steep for a handset that doesn’t offer Jelly Bean or a quad-core processor out of the box.

We all expected Motorola to reinvent itself by introducing an entirely new smartphone that would serve as its flagship model for the holiday season. Instead, we got a repackaged version of its last premium handset with the inclusion of HD display and larger built-in battery. And that’s not such a bad thing. The phone’s biggest selling point is its near-infinite battery life and that alone is worth dropping $300 on.

Pick up the Motorola Droid RAZR Maxx HD at Verizon