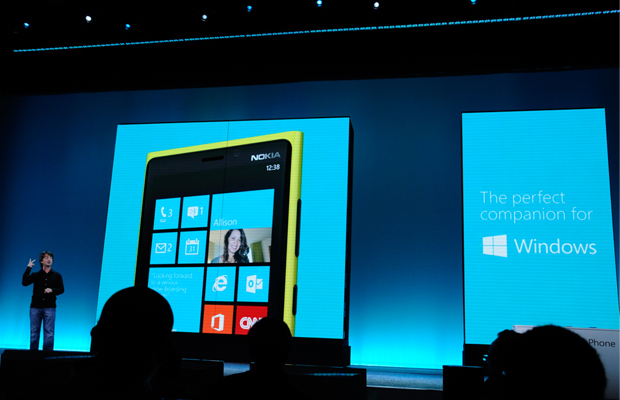 With the Windows 8 launch becoming such a massive success on both the domestic and international front, Microsoft seems poised to end the year on a high note. And through its PC and laptop divisions, it most likely will. Riding all this momentum, the tech staple felt now was the right time to introduce us (fully that is) to its newest mobile operation system: Windows Phone 8. Ok, the Windows Phone experiment wasn’t as successful as the company projected, but the WP7 devices were still great handsets that delivered solid performance and social integration. But consumers never gave it much of a chance.

That’s all set to change this time around with the Windows Phone 8 platform. Backed by HTC and Nokia, the new line of Microsoft phones are housing the latest hardware, stunning designs, and some amazing new software features just recently announced today at the company’s WP8 San Francisco event. Microsoft exec Joe Belfiore and CEO Steve Ballmer hit the stage to share some of the OS’ biggest upgrades, along with special guest and WP8 ambassador, Jessica Alba. And to the surprise of many, the company pulled off a great press conference.

From optimized app integration to updated communal services, get a sense of what Microsoft’s bringing to the mobile game come November. Here are 5 Awesome Windows Phone 8 Features You’ll Love.