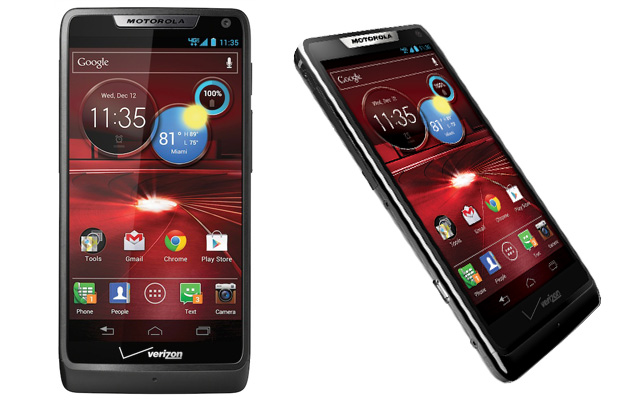 Carrier: Verizon
Price: $100 (w/2-year-contract)
The mobile hardware giant has had an extremely quite year. Not only has the company launched less than a handful of handsets heading into September, but many techsperts consider its 2012 catalog to be minor rehashes of its flagship devices. The Droid RAZR Maxx speaks for itself. But in its defense, Motorola has been consistent with its releases.

Saving its biggest releases for the fall, the company has announced not one, but three new RAZR handsets: the Droid RAZR M, Droid RAZR HD, and Droid RAZR Maxx HD. The former steps up to the plate first–sporting a phenomenal spec sheet, updated design, and an unbeatable price tag. So is the Droid RAZR M the Verizon powerhouse subscribers have been anticipating or is it a solid addition to the RAZR family? You be the judge.

The Droid M has enough fire power under the hood to match up with heavyweights like the HTC One X and Samsung Galaxy S III. Qualcomm’s 1.5GHz dual-core processor puts in work on the multitasking end. We had about eight programs open on the backend and experienced no lag through UI navigation. On-screen commands were responsive and apps opened instantly. Multimedia playback ran extremely smooth, plus 3D games like Grand Theft Auto III played without any frame rate troubles. 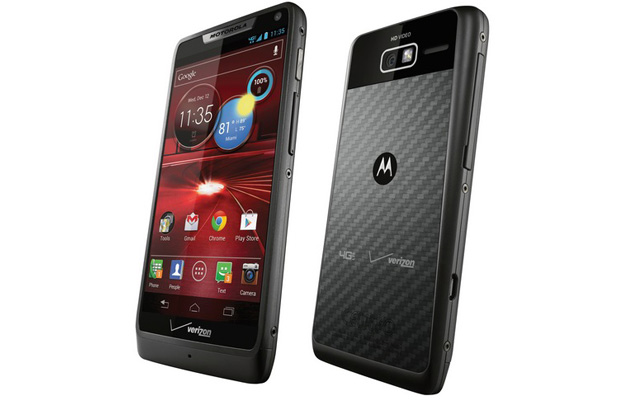 Expect the same voice calling found on the Droid RAZR Maxx. Good volume, solid reception, no dropped calls and distortion-free results: What more could you ask for? Screened calls also sounded good on the speakerphone and a Bluetooth headset. When it comes to battery life, Motorola’s the only company that “gets it.” Besides offering its management software, Smart Actions, the manufacturer has included a non-removable 2,000mAh battery that’s capable of pushing 15 to 20 hours on average use, 10+ hours during heavy engagement.

Never has Motorola released a Droid RAZR model for the asking price of a Benjamin…until now. Its spec sheet alone is worth more than the actual cost. Easily stands out as the best Verizon 4G phone at $100. Moto’s also made sure the RAZR M carries a long shelf life by making the handset Jelly Bean-ready, which the manufacturer claims will be available by end of year. The inclusion of Smart Actions software and an unlockable bootloader only strengthens its value. 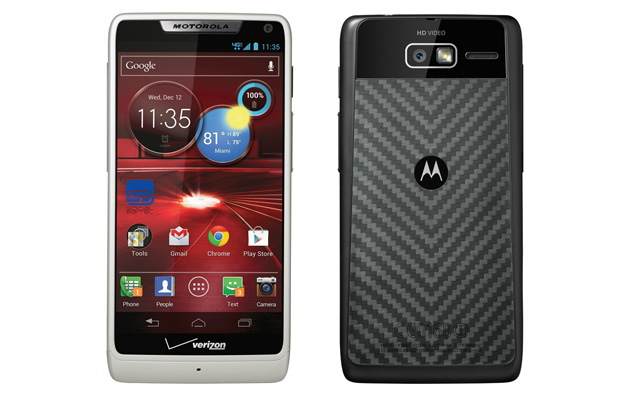 We ask this: Why didn’t Motorola go for the trifecta and announce three RAZR HD models? Not sure. All we know is its central offering dons a 4.3-inch qHD (960×540-pixel) AMOLED display that lacks the clarity and vibrance of its premium successors. Not saying its a terrible screen by all means. The RAZR M’s display produces better viewing angles and saturation than the first-gen model. Still, the inclusion of a true HD display would have placed the phone at the top of its price class.

If mobile photography is your forte, we recommend looking elsewhere. Motorola continues to struggle with its shooters. The company has made some minor improvements with its software, but there is still some stutter present in the shutter speeds. Pictures aren’t much to brag about as well, as the rear 8MP camera fails to capture bright and clear images in low-lit environments. Stick to taking outdoor shots and videos.

Motorola’s finally able to give budget-breaking consumers the true Droid RAZR experience by offering a $100 smartphone that produces powerful results at a mid-range price. The Qualcomm dual-core is a virtual work mule and the carrier’s 4G service continues to dish out amazing data speeds. The updated design is also a unique touch, stretching its display to the edges for wider viewing and coating the entire back in Kevlar. So the qHD AMOLED isn’t the groundbreaking HD screen featured on the upcoming RAZR HD and RAZR Maxx HD models. And the rear camera isn’t the best shooter for photogs. Overall, the Droid M is a best buy for any Verizon user seeking an affordable, high-powered upgrade.

Pick up the Motorola Droid RAZR M at Verizon