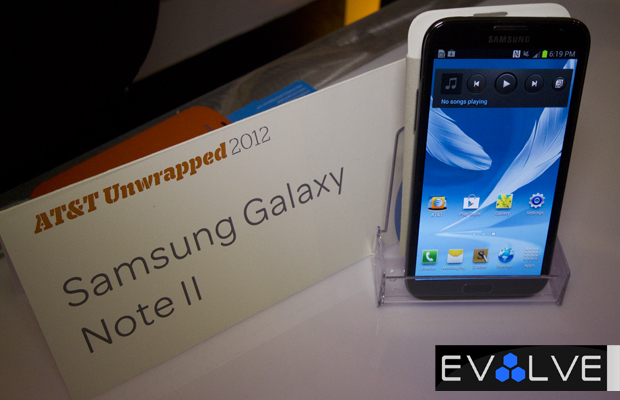 Ask most experts what they thought of Samsung’s first-gen phablet and you’d receive nothing but mixed reactions. While some reviewers enjoyed the Galaxy Note’s massive touchscreen, enterprise features, and fast performance, others complained about its lack of S-Pen optimized apps and gargantuan form factor. Now that the Android manufacturer has gained some serious ground on the mobile front with its best-selling Galaxy S III series, Samsung is keen on getting its tabletphone on the same plateau with the launch of its successor: the Galaxy Note 2.

Integrating most of the UI features found on the Galaxy S III, as well as the upgraded S-Pen functionality from the Galaxy Note 10.1 tablet, the Galaxy Note 2 looks promising to say the least. EvolveTV caught up with Samsung at AT&T’s Unwrapped Event at the Hotel on Rivington in Downtown Manhattan to get a hands-on with the device. Check out our hands-on preview with the Galaxy Note 2.