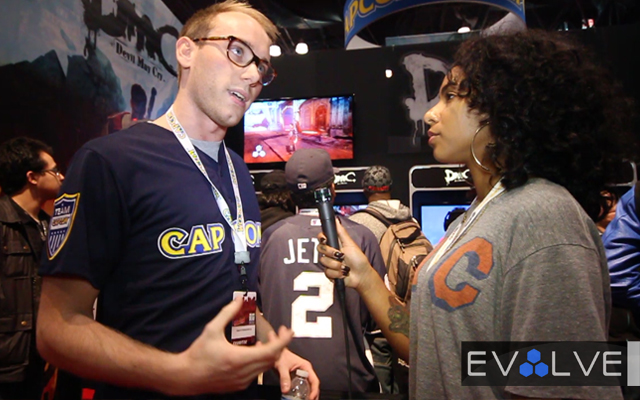 Words and video by Hector Colon

It’s no secret every Capcom fanboy had a conniption when they found out the gaming giant was revamping Devil May Cry and giving its lead character, Dante, a massive makeover. Even with the exciting news of game developer Ninja Theory (Heavenly Sword) jumping on the project, the criticism over the franchise’s new direction overshadowed the game’s promising development. Just three months away from its release, Capcom has brought DmC to New York Comic-Con 2012, hoping to change the majority view by offering fans a hands-on preview of the game.

EvolveTV stopped by Capcom’s booth during NYCC 2012 Press Day and had our newest video correspondent, Wilmarie Sena, chop it up with Product Manager Karl Reader to get the goods on the reimagination. Welcome to the team hun. Here’s our DmC coverage from NYCC 2012.