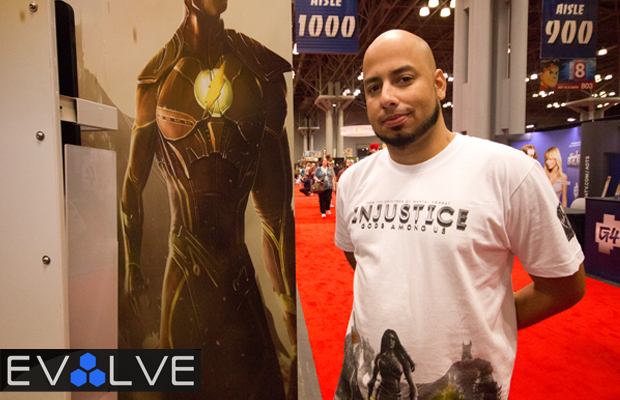 NetherRealm Studios cemented its legacy among 3D fighting fans after doing the impossible and creating a near-perfect reboot of Mortal Kombat. While we all anticipated a sequel announcement, the game developer went on record stating it would take a break from the legendary fighting series to work on an all-new franchise. Unveiled this past summer at E3 2012, Injustice: Gods Among Us pits characters in the DC Universe against each other, while borrowing from the gameplay foundation of MK. Sounds promising, huh? Suffice to say, the game looks even better than it sounds.

During our NYCC 2012 rounds, we caught up with producer Hector Sanchez at the DC Entertainment booth to get a hands-on preview. NetherRealm’s main man speaks on the game’s control scheme, interactive backgrounds, Wii U release, and why we won’t see any MK cameos. Injustice: Gods Among Us is scheduled for an April ’13 release. Until then, let Wilmarie of EvolveTV put you on.