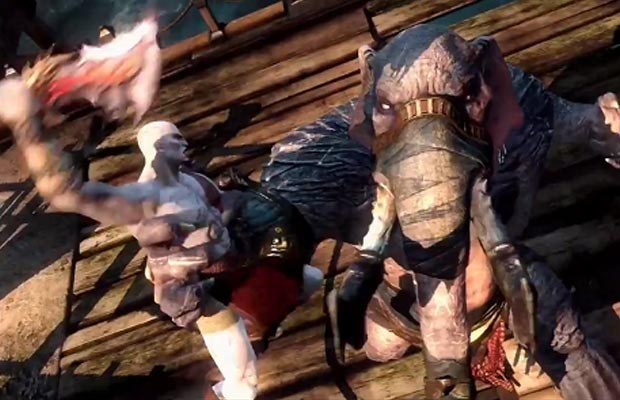 As Sony Santa Monica Studios continues to show off its single player demo at press events, the developer is keeping any commentary about God of War Ascension under wraps for now. So at Sony’s Holiday Event at the Midtown, Manhattan, we caught up with Game Design Manager, David Hewitt, to see what we could squeeze out of him. After breaking down the game’s storyline and showing us the insane single-player demo (seriously, it’s ridiculous to watch in person), dude touched on some of the new gameplay mechanics and features: including Kratos new magic spells and boss battle difficulties. Let’s just say timed button commands won’t save you every time. See what he’s talking about below. This game’s going to be brutal come March 2013.