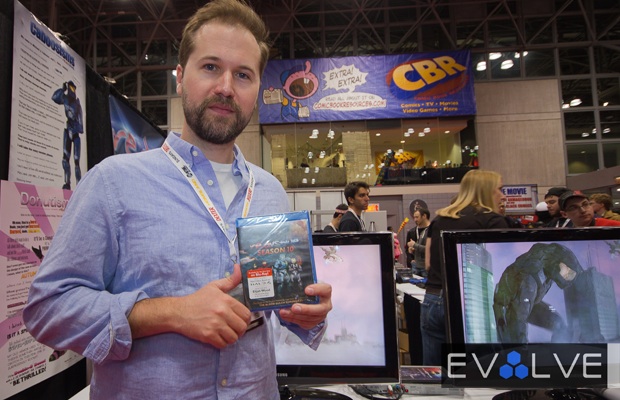 Believe us when we tell you that New York Comic-Con 2012 is an overwhelming atmosphere to be apart of. With so many hardcore geeks blocking every aisle, it was an extremely difficult task to reach the Red vs Blue booth. But thanks to our scheduled interview, we managed make our way to the assigned booth and caught up with Rooster Teeth’s Co-Founder and Writer/Director Matt Hullum to speak about the series’ 10-year anniversary. BTW, if you’re unfamiliar with Matt, he’s the same dude behind the voice of “Sarge” in the RVB series. With such prestige royalty on hand, we sent our newest VJ, Wilmarie Sena, to catch up with the creator of the sci-fi video series to discuss a number of things: including the series’ 10-year anniversary, favorite moments, and Halo 4 plans. Aim your scope at EvolveTV.

Halo: The Master Chief Collection Gets A Full Launch Trailer