5 Reasons Why The Devil May Cry Reboot Won’t Suck 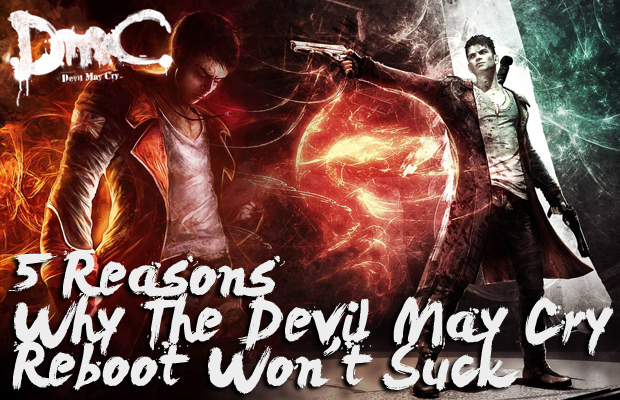 When Capcom unveiled the initial trailer for the Devil May Cry reboot, the dramatic redesign of Dante, for lack of better words, pissed off gamers. “Did they seriously just change his look? WTF!” “Is that a Backstreet Boys reject?” “F this, I’m not buying the game.” Those were the sentiments shared by loyal fans of the franchise. The outpour of criticism escalated further when developer Ninja Theory confirmed it was using the less-powerful Unreal Engine instead of Capcom’s MT Framework to take advantage of environmental animations, while working around lower frame rate speeds. Simply put: DmC earned a terrible rep before anyone could get a hands-on preview with the game.

Then word got out the title was actually really good. Early impressions raved over the game’s upgrades: including gameplay staples such as insane combo attacks and fast-paced action. A sigh of relief for many. But you’d be foolish to think the positives only stop there. So if you’re done holding a grudge against the publisher and developer for its bold moves, allow us to present you with 5 Reasons Why The Devil May Cry Reboot Won’t Suck.