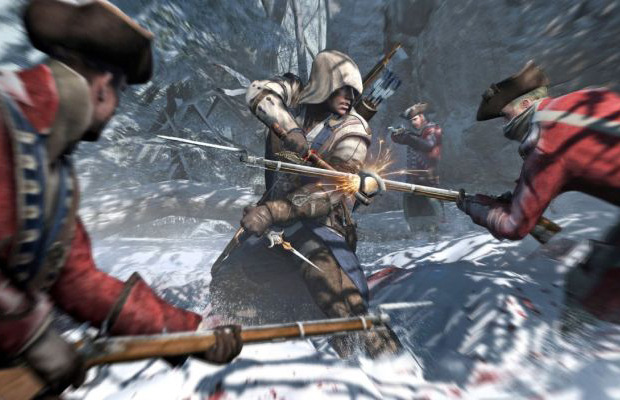 Some might argue Ubisoft stole E3 2012 with its massive game line-up—spearheaded by its upcoming espionage title Watch_Dogs, and of course, Assassin’s Creed III. No arguments here. Judging by the epic trailers and gameplay clips, Ubisoft Montreal is busting their ass to get AC III in stores by October 30. And after chatting with Lead Game Designer, Steve Masters, and peeping a quick preview, gamers are in for what might possibly be the best entry in series come holiday season.