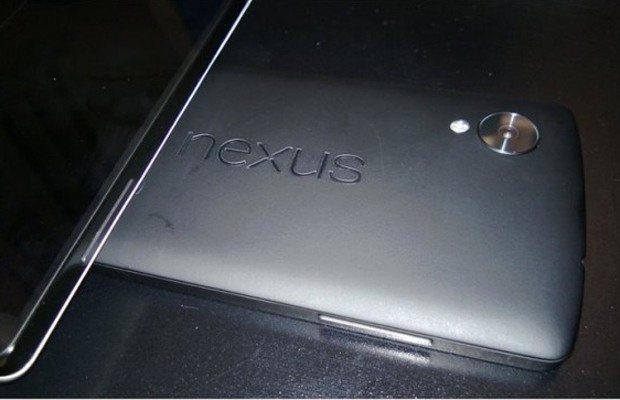 The critical success of the Google Nexus 4 helped push Google’s flagship smartphone to new heights, generating massive interest from the mobile community regarding a possible successor. Though the Internet giant’s been so quite on whether it will release the Nexus 5, it’s been impossible for the company to prevent the recent leaks hitting the Internet, especially this one. According to a MacRumors Forum user named weespeed, the image above is an official look at the next-gen handset. The forum poster also indicated the device is smaller than the LG G2 and feels a lot like the Nexus 7.

Specs were also supposedly leaked over the weekend by AndroidWorld with the following being mentioned in terms of hardware.

If we are in fact looking at the final design, along with the spec sheet, then Google surely has a smash on deck. Word is Google will announce the device sometime this October with a rumored November release date being thrown around.