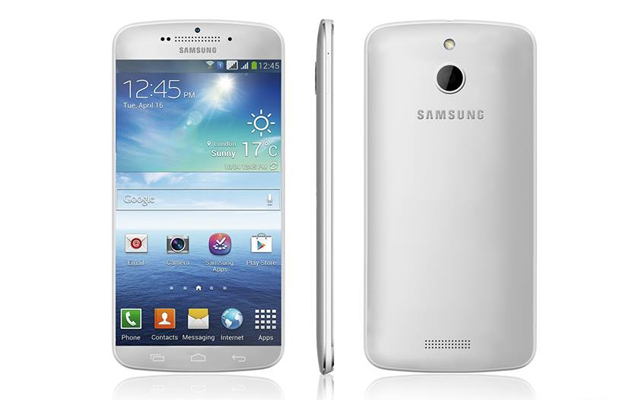 While Samsung continues to dominate the mobile sector with its Android-powered smartphones, the electronics giant has still garnered its fair share of criticism regarding the plasticky look behind its Galaxy devices. And if there were ever a time for a design revamp, it should certainly be present in the Galaxy S5. Enter renowned rendering specialist, Tobias Hornof.

The graphic designer took a stab at sketching the next-gen smartphone, which needless to say looks pretty sweet. Hornof’s concept features an updated design that flaunts a slimmer unibody profile with edge-to-edge display, capacitive home button, and rear grill speaker. Other notable specs include a 64-bit CPU, 16MP camera with dual-flash module, 8MP front-facing camera, and 32 or 65GB of internal memory. Speculation also leads up to believe a fingerprint scanner and Android 4.4 are onboard as well. Either way, we’ll take one, please.