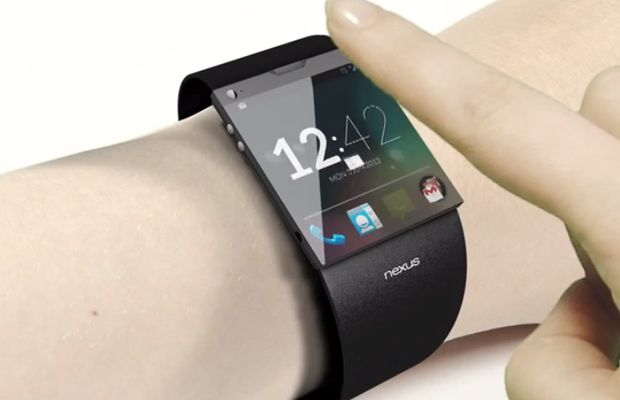 Few details are known about Google’s upcoming Nexus smartwatch. Actually, the only thing we know is LG will manufacture the wearable. Infamous leaker @evleaks just ousted several of the device’s specs on Twitter, announcing the watch will feature a 1.65-inch display (280×280 square resolution), 512MB of RAM, and 4GB of onboard storage. A processor was said to be announced at a later time. 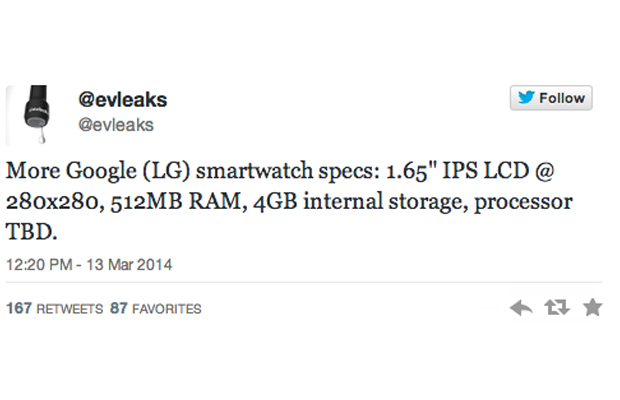 Evleaks normally leaks specs a few weeks ahead of a product launch, meaning we could see Google release the Nexus Smartwatch sometime this month, which it’s rumored to announce in March. Chances are an SDK will be made available with a consumer production model following sometime over the summer or late fall. Other reports suggest the device will be integrated with Google’s long-rumored Nexus TV service as well.