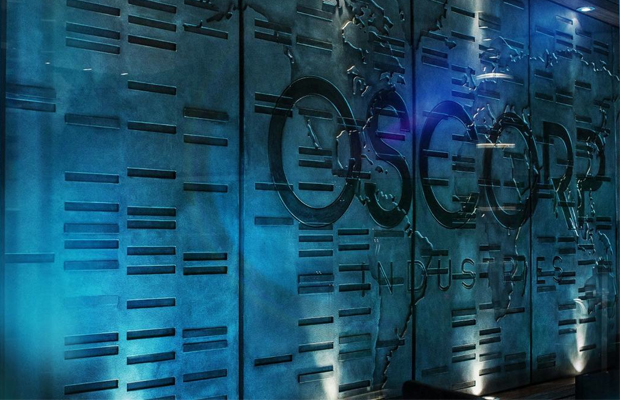 Since entering production, The Amazing Spider-Man 2 has suffered a massive number of leaks that include character deaths, plot twists, and surprise appearances. A new photo has just surfaced online from the film’s post-credit sequence that reveals a huge spoiler.

Proceed with caution, as this is not a spoiler-free zone.

The mysterious figure from the coda of the first film is seen walking through the Oscorp “armoury”, where we spot Doctor Octopus’ robotic tentacles and Vulture’s wings as he walks past two cells.

The image shows what is hiding in another cell–Norman Osborn’s head cyrogenically frozen.

Rumored plot details indicate that Norman is dying from an terminal illness that can only be cured by Peter Parker’s blood. Goblin teams up with Electro to obtain it, but supposedly fail to in the process, leading to Norman’s death. 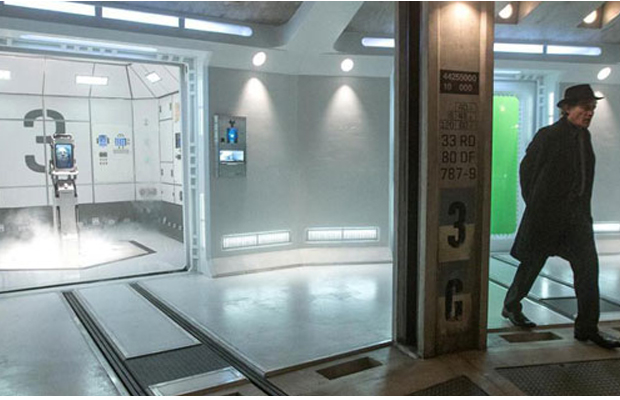 Examine the image above and you can spot the head sitting in the background. How’s that for a spoiler?

We expect Sony to take action on this ASAP.