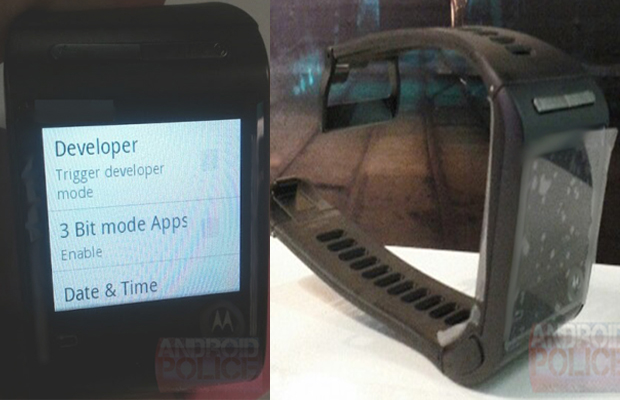 Just 48 hours ago, it was reported that Google had plans of announcing its Nexus Smartwatch next month with LG onboard to manufacturer the device. Motorola went to announce it would release its own smartwatch shortly after that is said to be unveiled “within months.” So within this time frame, photos of an “early prototype” for Google’s wearable created by Motorola mysteriously leaked online. Unfortunately, this isn’t the rumored Nexus smartwatch, but an older concept that was originally called Google Watch and codenamed “Gem”. The images were spotted by Android Police, citing an anonymous source.

The prototype was said to be in development as of last year with the grainy images showcasing a square display, along with capacity back button, two rock buttons, and settings menu. Motorola went on its Twitter to confirm it is working on a wristwatch that would be available in late 2014, though it’s unknown whether that model will bear any resemblance to the prototype featured in these shots.