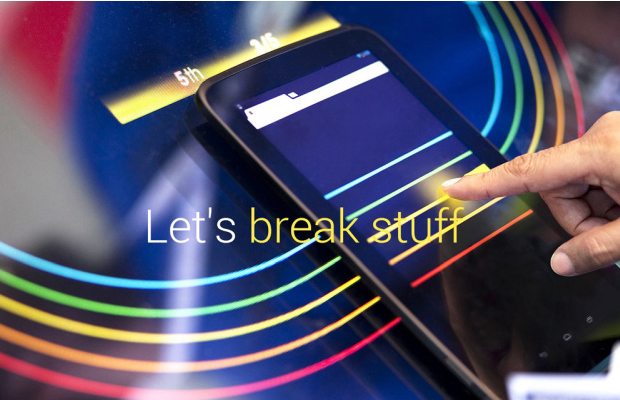 It was just two weeks back when word broke of Google working on its next flagship devices, which include the Nexus 6 smartphone and next-gen Nexus tablet. Well, a number of Android fan blogs spotted a new image on the company’s I/O conference website that features a person tapping on the device with the tagline “Let’s break stuff.”

Judging by the placement of buttons and shape of the tablet, it seems quite evident that this could be a first look at the upcoming Nexus 10, despite the slate being slightly smaller than 10 inches and boasting slimmer bezels on the sides.

Experts question if Google’s art department intentionally leaked and manipulated the phone of the older Nexus 10—leaving many to wonder if this is the actual Nexus 10 or possibly a newer version of the popular Nexus 8. We can only wait for Google to unveil the device(s) during its I/O conference on June 25th. One more month, folks.