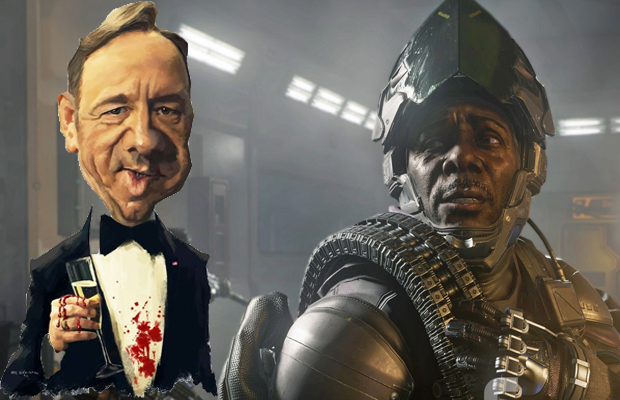 Several of Hollywood’s A-listers are jumping into the video game world, offering their vocals and live-motion capture movements for the latest next-gen titles. Kieffer Sutherland didn’t hesitate to work with Konami on the upcoming Metal Gear Solid V: The Phantom Pain. Now House of Cards star Kevin Spacey is set to join the franchise, as Activision officially reveals the next title in the Call of Duty franchise: Advanced Warfare.

The buzz started when the series official Instagram account posted a teaser video (view below) with the caption: “#ANewEra of Call of Duty arrives May 4th.” Spacey’s voiceover work in the short clip suggests he will play the villain in the upcoming title developed by Sledgehammer Games. On top of that,

It’s been a week of news leaks and unveiling for the new COD iteration, as IGN premiered a new image of game, as well as GameInformer. Power will indeed change everything this holiday season. Enjoy the trailer below.