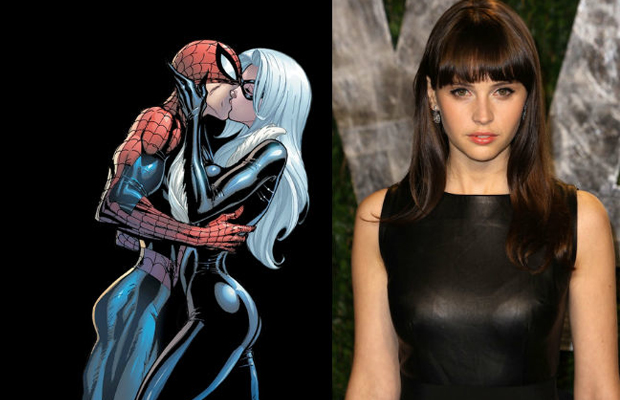 Late last year, rumors hit the Internet of actress Felicity Jones portraying either Felicia Hardy (Black Cat) or Lilly Hollister (Menance) in The Amazing Spider-Man 2 with the possibility of her donning a costume in the film. An official casting sheet of Czech actors being drafted to do voiceover work for the film was recently leaked by Twitter user @Marvel_Spider, which highlights Felicia as a real character in the upcoming Marvel blockbuster. Peep the list below.