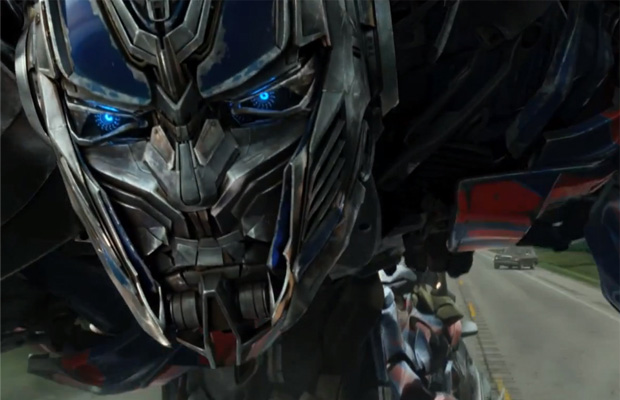 Paramount Pictures is heavy on the promotional trail, having released tons of visuals for the upcoming Transformers: Age of Extinction over the past few months. Looks like the studio just licensed its footage to appear in new TV spots for both Chevrolet and Samsung. Guess we now know the real reason why director Michael Bay was at the mobile giant’s CES 2014 press conference. You know, the one where he suffered a meltdown on stage and failed to describe is job as a director. Figured that would ring a bell.

Read the film synopsis and watch the ads below. Transformers: Age of Extinction hits theaters on June 27.

A mechanic (Mark Wahlberg) and his daughter (Nicola Peltz) make a discovery that brings down Autobots and Decepticons – and a paranoid government official (Kelsey Grammer) – on them. A semi-reboot of the series featuring a new human cast and both new and returning Transformers characters. Peter Cullen will once gain voice Optimus Prime.