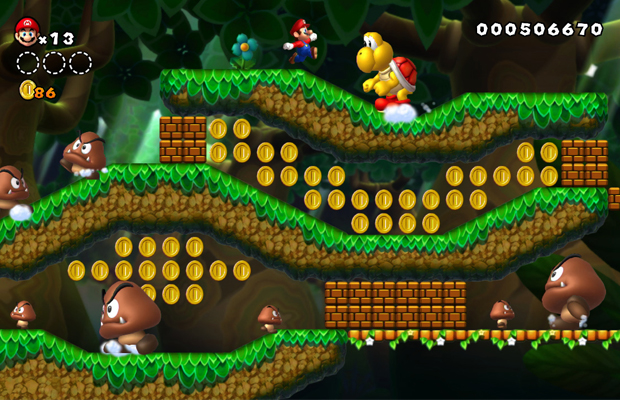 Price: $60
Nintendo did something it failed to capitalize on with its prior two consoles…launch a new Mario game with its system. Your favorite portly plumber steps into a new adventure—welcoming new and more potent power-ups, bigger enemies, crazy costumes, and awesome allies to the soiree. New Super Mario Bros. U combines familiar favorites with new twists, while delivering eye-catching graphics and easy-to-pick-up gameplay, making the title a solid purchase for any consumer picking up the Wii U. The Gamepad, though not essential, adds a new dimension to the game, allowing players to enhance their on-screen environments for benefit or detriment. Keep that Flying Squirrel Suit on your radar.