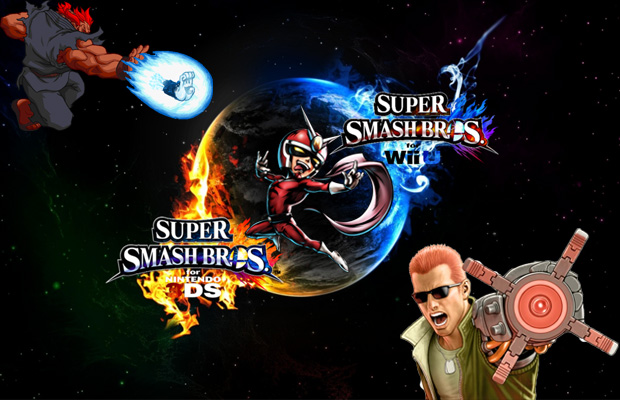 As one of the most prolific franchises of the past three gaming generations, Super Smash Bros. has garnered tons of critical acclaim and fanfare not only for its addictively fun gameplay and multiplayer action, but Nintendo’s willingness to partner with other companies and bring third-party mascots into the fold. Konami and Sega set things off by licensing Snake and Sonic to appear as playable characters in Super Smash Bros. Brawl. Now Capcom is doing the same with Mega Man.

Considering the company’s vast history with the Big N predating back to the NES days, it only makes sense for the Japanese game developer to join the party. But in spoiling the hardcore gaming community with several third-party appearances, we can only dream of what the next Super Smash Bros. would be like if more of Capcom’s virtual staples made the final roster cut. For sure everyone has their favorites. Allow us to fill in the mystery blocks. Here are 10 More Capcom Characters We Want In Super Smash Bros. 4 .

Related: 10 Retro Tracks We All Want in Mario Kart 8
Related: 7 Nintendo Wii U & 3DS Games That Can Save the Company This Year
Related: 25 Things You Didn’t Know About “Super Metroid”