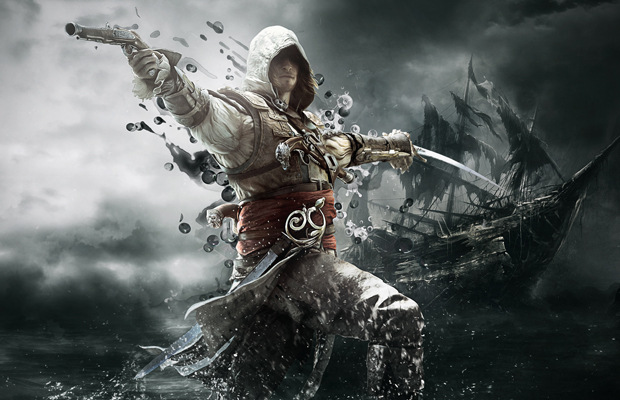 For months, Ubisoft’s been promoting the upcoming Assassin’s Creed IV: Black Flag by releasing numerous screenshots and gameplay footage to hold us over till the holidays. The publisher’s decided to release a new trailer dubbed “Pirate Heist,” which provides more details on the game’s story arc and showcases some enticing cinematics. The story is set in the 18th Century and features history’s most famous pirates including Blackbeard and Charles Vane, as gamers play on a journey throughout the West Indies during a violent period time period that would later become known as the Golden Age of Pirates. Assassin’s Creed IV: Black Flag will be released on the PS3, PS4 , Xbox 360, Xbox One, Wii U, and Windows PC. Availability on the current-gen consoles will be October 29, while the PC sails in on November 19 and next-gen consoles receive launch day treatments.