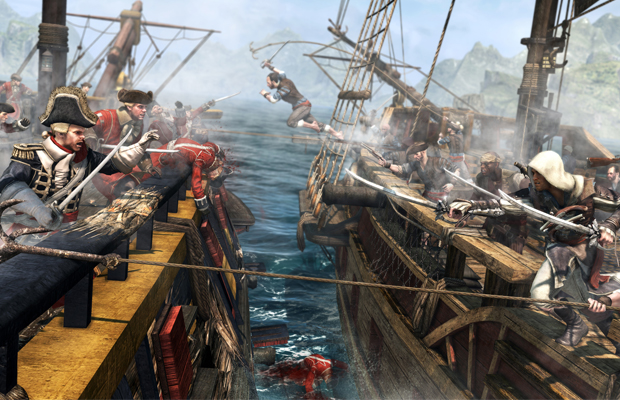 Key Features include the following:

– All New Single-Player Story: Born a slave, Adewale found freedom as a pirate aboard the Jackdaw where he became Edward Kenway’s second-in-command. Now, 15 years later, Adewale has become a trained Assassin who finds himself shipwrecked in Saint-Domingue without weapons or crew. He starts to meet locals in an effort to assemble a crew and steal a ship. The more he helps, however, the more he is drawn into the Maroon slave community. Forced to face his past, Adewale sets out to free the slaves and bring death to their captors. Over 3 hours of new single-player gameplay!

– Save 20% over the individual downloadable pack prices.

The season pass will go for $19.99. Black Flag hits retailers on October 29th.