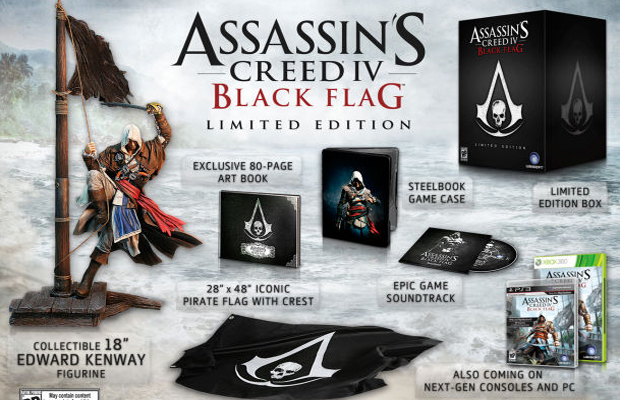 Looking to pick up Assassin’s Creed IV this holiday season, but holding out for the publisher to announce a special edition of the game? Ubisoft knows how to please its fan base. The company just unveiled a new Black Flag Limited Edition, which is set to launch the same day as the regular version. Included in the bundle:

The Black Flag Limited Edition hits retail on October 29 for PS3, Xbox 360 and PC, along with next-gen consoles.

And for those still on the fence over the latest installment in the series, Ubisoft’s just released a new video showcasing some brutal high seas gameplay. Check it out.