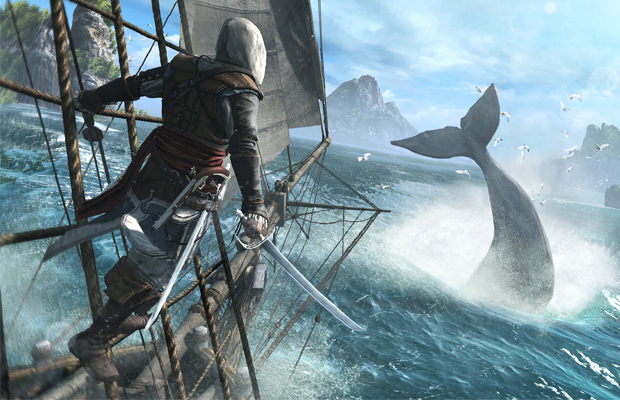 Ubisoft’s been heavy on the promotional trail for Assassin’s Creed IV: Black Flag over the past several months. Now with E3 2013 in full effect, fans of the action stealth series expect some major announcements and previews surrounding the upcoming title. Well, the publisher scored a spot on Sony’s PlayStation E3 press conference and hit the stage to showcase some gameplay of Black Flag to the world. Granted the demo experienced some snafus during the presentation, it still looked official running on the PS4. Watch the exclusive preview below.

On a side note, Ubisoft claims lead assassin, Aveline, from Assassin’s Creed III: Liberation will be included in three exclusive missions of the PS3 and PS4 versions of Black Flag. Sweet!