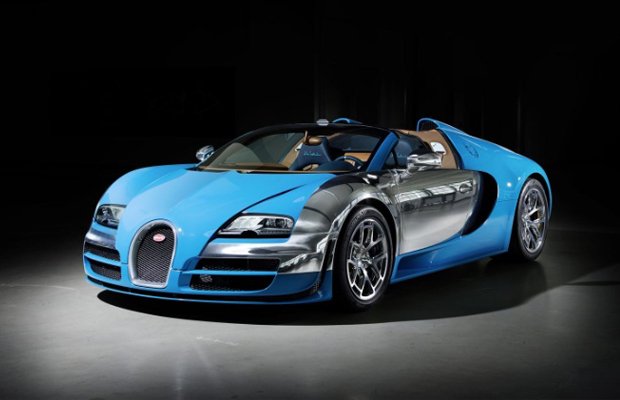 Paying tribute to Meo Constantini, head of the Bugatti factory race team (1927 – 1935), the luxury automaker is pulling the sheets off the special edition Bugatti Veyron Legend Meo Constantini model, which is part of its “Les Legendes de Bugatti“ series. The model will only be limited to three vehicles and features a Bugatti Dark Blue Sport and polished aluminum exterior, with a silhouette of the Targa Florio race cource on the underside of its rear wing. It’ll keep the same internals as the Veyron, which is a W16 8.0-liter quad-turbo that generates 1,200 hp and 1,1106 lb-ft of torque, while sending the car past 62 mph in 2.6 seconds and carrying a top speed of 253 mph. It’s probably the dopest limited edition Bugatti we’ve seen in a minute.